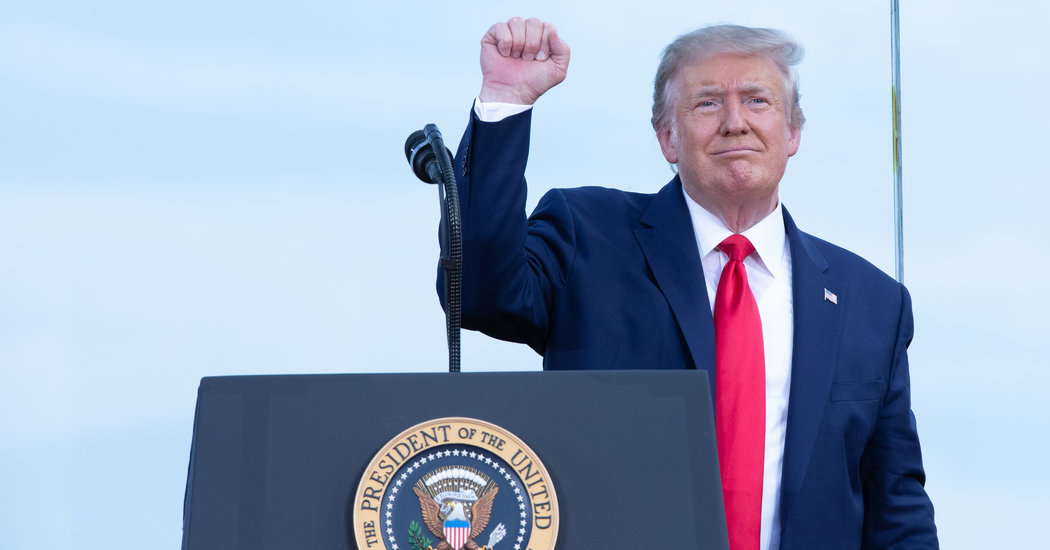 
President Trump mounted an explicit defense of the Confederate flag on Monday, suggesting that NASCAR had made a mistake in banning it from its auto racing events, while falsely accusing a top Black driver, Bubba Wallace, of perpetrating a hoax involving a noose found in his garage.

Mr. Trump’s reference to the Confederate flag, and its role in a sport whose mostly white fans Mr. Trump remains popular with, was the latest remark by the president focused on culture wars as he tries to rally his culturally conservative base behind his struggling re-election effort.

The president has increasingly used racist language and references in his appeals to supporters as he portrays himself as a protector of the history of the American South. He has called the phrase “Black Lives Matter” a “symbol of hate,” and he has repeatedly tried to depict pockets of violence during protests against entrenched racism as representative of the protest movement as a whole.

He delivered official speeches over the weekend that also emphasized defending American heritage, though he avoided explicit references to totems of the Confederacy.

“Has @BubbaWallace apologized to all of those great NASCAR drivers & officials who came to his aid, stood by his side, & were willing to sacrifice everything for him, only to find out that the whole thing was just another HOAX? That & Flag decision has caused lowest ratings EVER!” Mr. Trump posted on Twitter on Monday.

While NASCAR and other organizations have moved to retire symbols of the Confederacy, and lawmakers in Mississippi voted to bring down the state flag featuring the Confederate emblem, Mr. Trump has defended symbols from the nation’s past that represent slavery and oppression. He has opposed the renaming of military bases named after Confederate officers, even as military leaders have expressed support for the idea.

The noose incident last month at Talladega Superspeedway in Alabama came after Mr. Wallace, the only Black driver in NASCAR’s top circuit, called for the Confederate flag to be banned from the sport, and NASCAR agreed to banish it from its races and properties. At the start of the race week, a member of Mr. Wallace’s racing team found the noose hanging in his garage stall and reported it to NASCAR.

The organization’s president then informed Mr. Wallace himself, and F.B.I. officials later found that the knot had been tied into the rope as early as October 2019, well before anyone would have known that Mr. Wallace would be assigned that stall for the race.

Mr. Wallace told Don Lemon of CNN at the time that people were using the issue to damage him.

“I’m mad because people are trying to test my character and the person that I am and my integrity,” Mr. Wallace said.

Mr. Trump’s tweet came just days after he delivered a divisive speech at Mount Rushmore in South Dakota as part of the July 4 holiday, in which he denounced Democrats as radical anarchists and said that children are taught in schools to “hate” the United States. In that address he avoided specifically mentioning anything related to Confederate monuments, which polls show a majority of Americans support removing.

He talked more generally about efforts to take down statues across the country, conflating what is primarily an attempt to remove statues of Confederate generals with others questioning monuments to people like George Washington and Thomas Jefferson.

“Angry mobs are trying to tear down statues of our founders, deface our most sacred memorials, and unleash a wave of violent crime in our cities,” Mr. Trump said in the speech. “Many of these people have no idea why they are doing this, but some know exactly what they are doing.”

Some of Mr. Trump’s advisers have tried to get him to focus less explicitly on statues of Confederate generals, given that he’s taking an unpopular position. But after sticking to the script in his Friday night speech, he was clear about his support for the Confederate flag in his tweet on Monday. 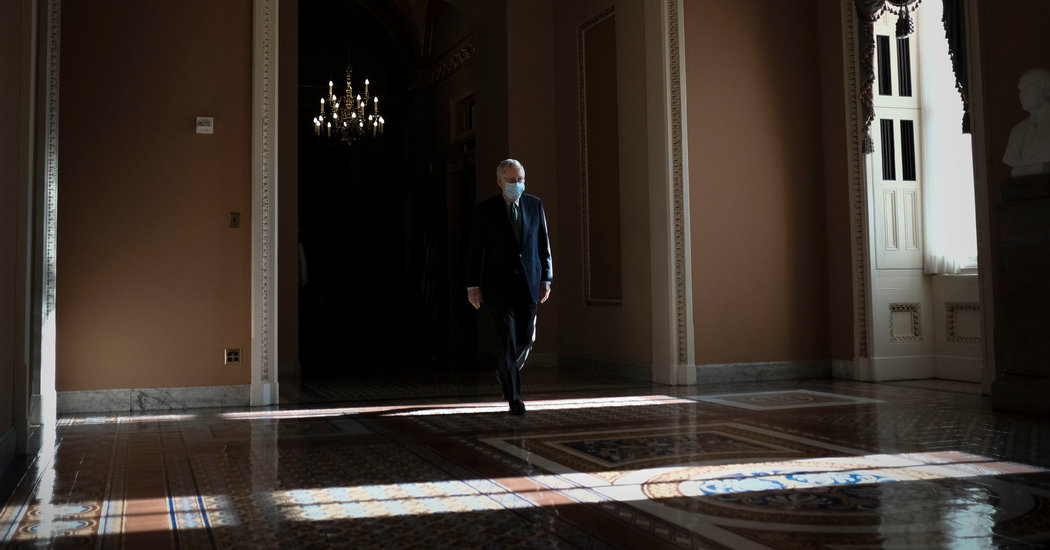 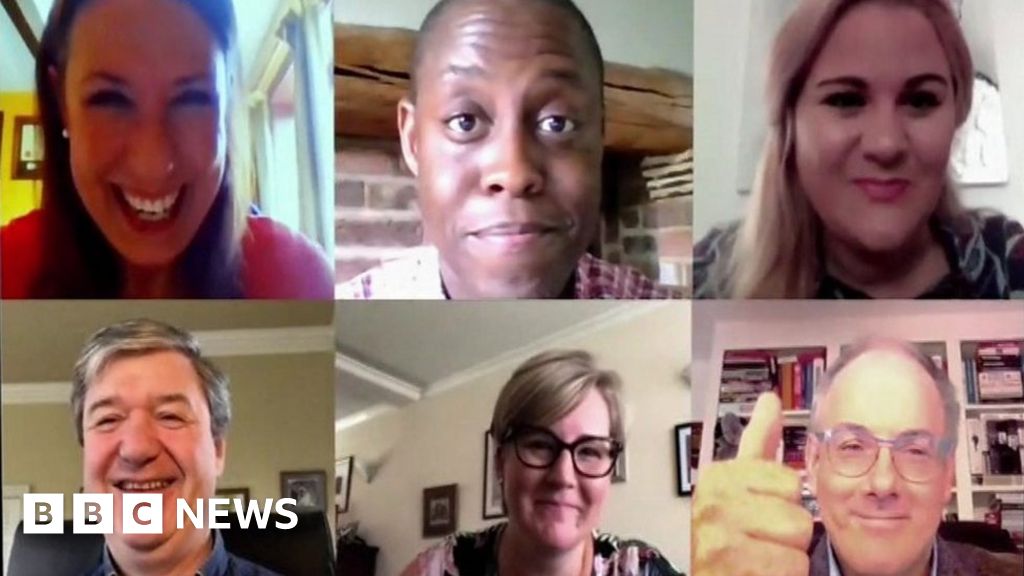 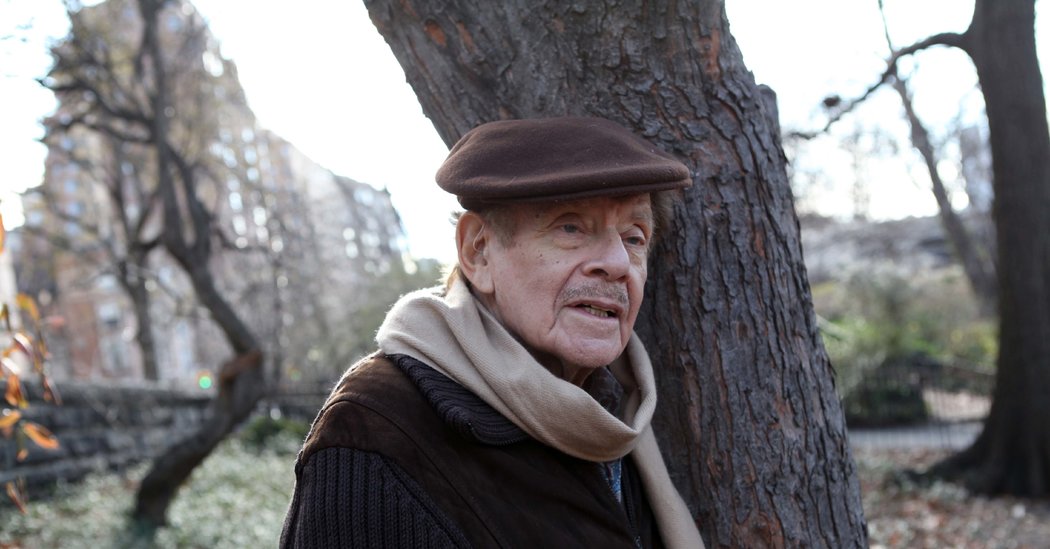 Jerry Stiller, Comedian With Enduring Appeal, Is Dead at 92