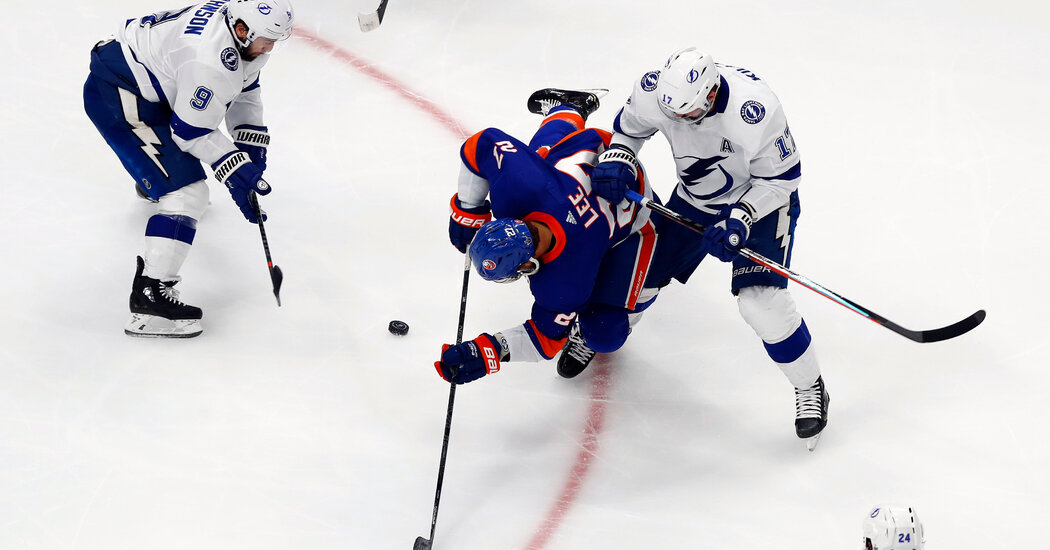 
EDMONTON, Alberta — As their chance to play for the Stanley Cup inches ever closer, the Tampa Bay Lightning are refusing to be intimidated by the Islanders.

After losing a hard-hitting Game 3 in the N.H.L.’s Eastern Conference finals, Lightning players started setting the tone for Sunday’s Game 4 during warm-ups, jawing with Islanders players across the center-ice line.

Conversations didn’t stop there, even continuing while the ice was being cleaned during a TV timeout midway through the game.

And when the Islanders tough guy Matt Martin fired a long shot at Lightning goaltender Andrei Vasilevskiy a millisecond after the horn sounded to end the first period — a relatively minor offense — defenseman Kevin Shattenkirk chased him down. That incited a melee that led to roughing penalties for the Islanders’ Cal Clutterbuck and Tampa Bay’s Yanni Gourde.

It was a natural progression from the Lightning’s 5-3 loss in Game 3, in which Tampa Bay finished with 62 hits — a club high for this postseason and second most of any nonovertime game in these playoffs.

“That’s always part of the game plan, is to make it hard on the opponent,” Lightning defenseman Victor Hedman said. “It wasn’t really that we talked too much about it before the game. We know that’s part of our DNA, so you just got to keep that up.”

With their 4-1 win on Sunday, the Lightning are just one win away from clinching the Eastern Conference title. They could close out the series in Game 5 on Tuesday night.

As the Lightning have gone deeper into the playoffs, the team has increased its physicality. That’s a shift in identity after a major disappointment a year ago.

Last season, the Lightning were known as a skilled team that scored at will on the way to winning the Presidents’ Trophy with 128 points — a record in the salary-cap era that tied them with the 1995-96 Detroit Red Wings for the most wins in an N.H.L. regular season.

The Lightning led the league in goals and power-play efficiency that year. Nikita Kucherov was named most valuable player after his 128 points led the league in scoring, and Vasilevskiy won the Vezina Trophy as the N.H.L.’s top goaltender.

But all that regular-season success amounted to nothing. The Blue Jackets swept Tampa Bay as all four N.H.L. division leaders were eliminated in the first round of the 2019 postseason.

This year’s return to play during the coronavirus pandemic has been unpredictable. But it has turned out to be an amenable showcase for the league’s top teams. The sixth-seeded Islanders are the only club remaining from the 16-team qualification round that broadened the playing field this summer.

The Lightning were seeded second in the conference after round-robin play. They avenged last year’s defeat with a five-game series win over the Blue Jackets, including a marathon five-overtime victory in Game 1, and then dispatched the 2020 Presidents’ Trophy-winning Boston Bruins in five games to advance to the conference finals.

Now they’re one win away from eliminating the Islanders, and they’ve done it without being at full strength.

Tampa Bay has been without Steven Stamkos throughout the postseason. Stamkos, the team captain and a two-time winner of the Maurice Richard Trophy, missed the last seven games of the regular season with a core muscle injury, then was injured before training camp in July, ahead of the N.H.L.’s return to play. Lightning Coach Jon Cooper said Monday that while Stamkos was currently doing some on-ice rehab work, he was still not close to returning.

In Game 3, the Lightning were playing without two key forwards. Alex Killorn was serving a one-game suspension for a boarding infraction against Brock Nelson during the first period of Game 2 and Brayden Point, a leading candidate for the Conn Smythe Trophy as the postseason’s most valuable player, left Game 2 with an injury.

Point did not play in Game 3 but was back in the lineup for Game 4 on Sunday. He had a goal and an assist to tie him for the lead in playoff scoring with 25 points, but spent the last half of the third period on the bench after appearing to be shaken up from a hit by Islanders defenseman Adam Pelech.

Part of the strategy in Tampa Bay this season was to fill out the roster with more grit and veteran leadership — no easy task for a perennial contender always bumping against the salary-cap ceiling as emerging young players like Kucherov, Vasilevskiy and Point continue to warrant big raises while they develop into superstars.

The second-year general manager Julien BriseBois navigated the bumpy waters impressively. At the 2019 draft, he freed up $5.25 million in cap space and collected a first-round draft pick by trading the power forward J.T. Miller to the Vancouver Canucks. At the trade deadline, he swung that pick in a trade with the Devils for the tenacious depth forward Blake Coleman, who has combined effectively in the playoffs on a line with Barclay Goodrow, a fellow trade-deadline acquisition, and center Yanni Gourde.

BriseBois, who finished second in the voting for the 2020 general manager of the year behind the Islanders’ Lou Lamoriello, also successfully used the Lightning’s status as a Stanley Cup contender to help augment his roster with some veteran value signings.

Forward Pat Maroon, who won a Stanley Cup with his hometown St. Louis Blues last June, signed for just $900,000. After being bought out of the final two seasons of his four-year, $26.6 million contract with the Rangers last August, Shattenkirk signed a one-year deal with the Lightning, with a cap hit of just $1.75 million.

Also on the right side of the blue line, Zach Bogosian signed in February for a $1.3 million cap hit after he was bought out by the Buffalo Sabres, and the 30-year-old Luke Schenn was signed to a league-minimum free-agent deal at $700,000.

A frequent healthy scratch, the physical Schenn appeared in just 25 regular-season games but has now played eight straight playoff contests after Cooper adjusted his lineup to go with seven defensemen and 11 forwards following the Lightning’s Game 1 loss against the Boston Bruins. Since then, Tampa Bay has gone 7-1.

With Hedman and Mikhail Sergachev doing the heavy lifting on the blue line, Shattenkirk has chipped in nine points, including eight at even strength, working primarily with the 6-foot-3, 230-pound shutdown defenseman Erik Cernak. Bogosian has slotted in nicely on a pairing with Ryan McDonagh as he makes his first career N.H.L. playoff appearance at age 30. Schenn has one assist and 29 hits, and he dropped the gloves with Martin in Game 2.

“It’s like the chip on the shoulder,” Cooper said. “When the team you’re playing on doesn’t re-sign you for whatever reason, the marriage is over. Players are pretty proud.

“Everybody’s a little ticked off at what’s happened in the past and we feed off that energy together.”

With the Lightning now getting a chance to finish the job they’d hoped to complete last season, Maroon can draw on his experience of a Stanley Cup run in front of a rabid fan base in St. Louis to help him feel the connection to the faraway fans in Tampa, Fla.

“I know they’re not here in the building,” he said. “I know we’re not playing in our own barn, but they’re cheering us loud and proud. We hear it through social media or whatever it is.

“We’re trying to do something special this year and hopefully we can do it for those fans, because they’ve been waiting for quite some time now. It’s been a pleasure to get all these videos from the fans. We hear you from back in Tampa.” 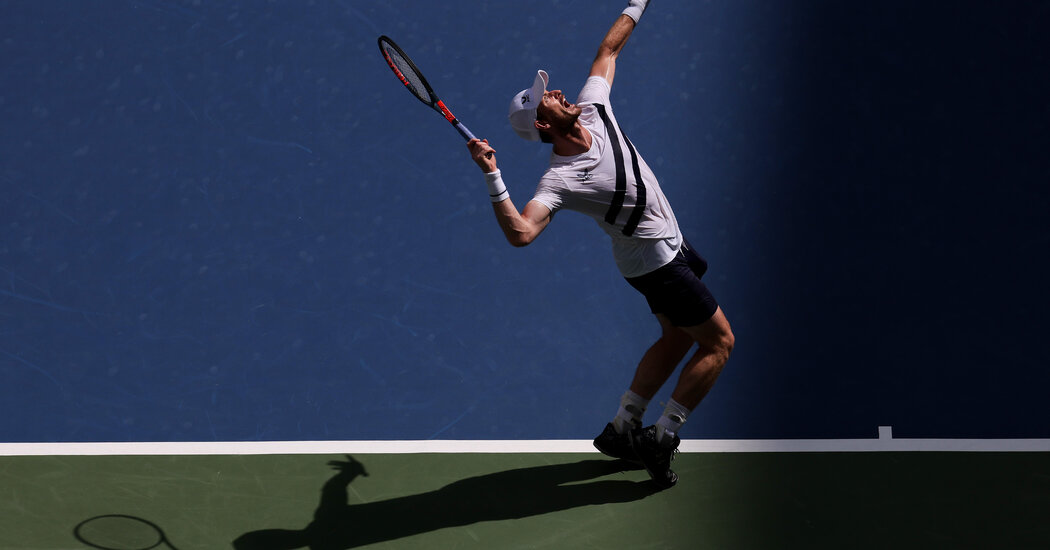 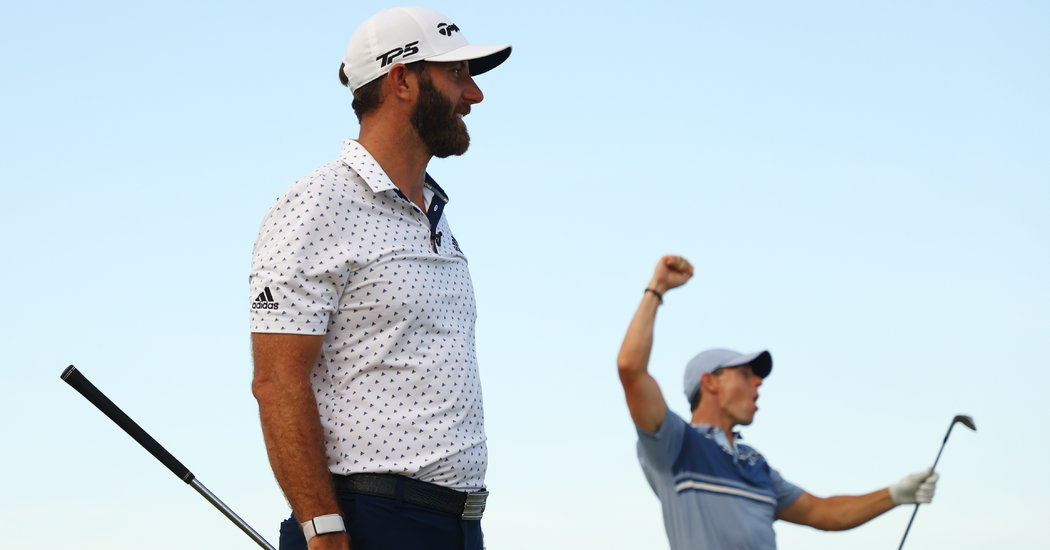 Rory McIlroy Won, but Golf Shined in Its Live Return 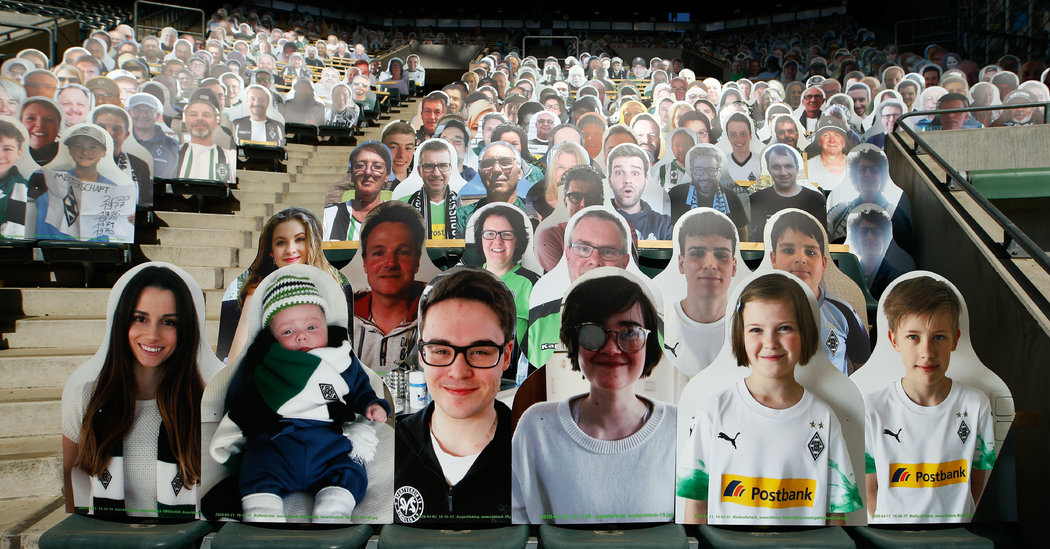 The Bundesliga Is Back. Why Isn’t the Premier League?