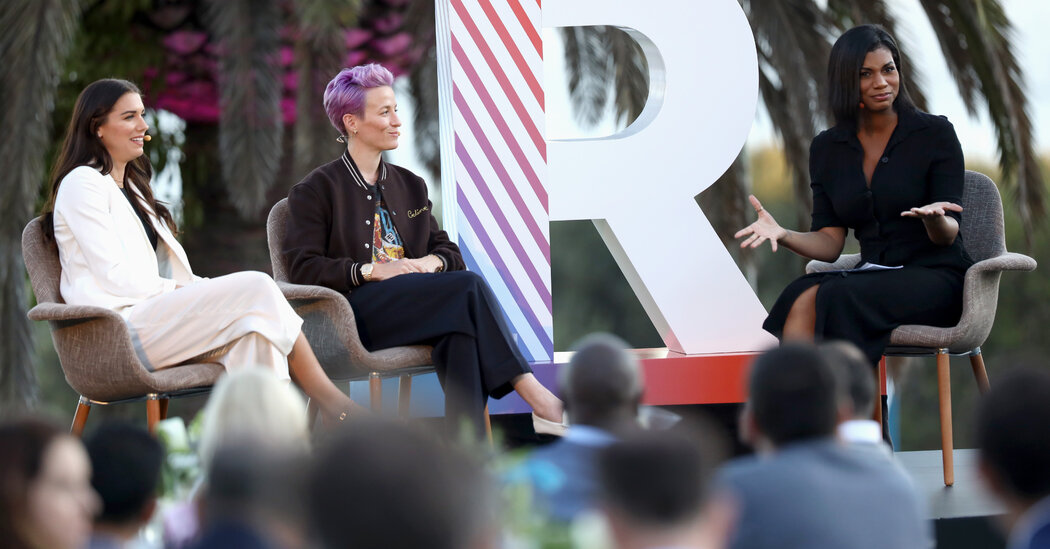 
[Marc Stein is on a brief hiatus after spending 54 days inside the bubble. Shauntel Lowe, N.B.A. editor for The New York Times, is filling in this week. Sign up to receive his newsletter each week by clicking here.]

Taylor Rooks has been praised by her industry peers and sports fans alike for conducting some of the N.B.A. season’s most impactful interviews inside the league’s bubble at Walt Disney World near Orlando, Fla.

She asked Orlando’s Jonathan Isaac, who is Black, if Black lives matter to him after he did not wear the N.B.A.’s Black Lives Matter T-shirt during a pregame warm-up, as every other player did.

She asked Chris Paul, the president of the players’ union, what has to happen before the players can call their push for social justice a success.

And when she could sense that Toronto’s Fred VanVleet needed to talk about something other than basketball, she gave him the space to do so.

Rooks, 28, hosts the “Take It There With Taylor Rooks” interview show for Bleacher Report, among other duties for Turner Sports, and recently left the N.B.A.’s bubble after reporting from inside it for two months. Her probing questions gave rise to some of the summer’s most pressing discussions and most needed insights.

She spoke to The New York Times about reporting from the bubble and the challenges of being a Black woman in a sports journalism industry that is mostly white and mostly male.

This interview has been condensed and lightly edited for clarity.

What were your most meaningful interviews?

Fred VanVleet always comes to mind because I talked to Fred right after everyone saw the video of Jacob Blake, George Floyd.

He wasn’t taking basketball questions. He was very visibly emotional. And what he saw was visibly weighing on him. And he had a bunch of mics in his face, bunch of cameras in his face, and everybody was like: “OK, are you guys going to play? What are you going to do?” But when they got to me I just asked him how he was doing. I was just like, mentally, how are you? And he just gave this long, two-minute answer about how this has affected him mentally, how it brings up really old wounds, how it makes him think about when his dad was shot and killed. He said he was going through a really hard time in this bubble.

And I was like, I bet you nobody has just asked him how he was. And as a Black person, I know that when you see those videos, you’re not doing well.

How do you approach interviews and source-building so that you are able to get candid responses?

I think being Black in this space does have certain advantages because I think the players look at me and there’s a level of relatability and there’s a level of understanding. I think players trust me. I have been doing this for quite some time, so a lot of these players I have known for years. I have known Kevin Durant since I was 19. I’ve known Jayson Tatum since he was 15. I’ve known CJ McCollum and Damian Lillard for seven years at this point.

There really is a friendship there and there is a trust level there that has definitely helped. And when I’m interviewing, I really do try to talk to everybody the exact same. I interview people as if I’m talking to my best friend. I think that makes them feel comfortable as well.

Since you describe these as friendships, do you think that has ever compromised or could compromise your ability to ask those tough questions?

When I interviewed DeMar DeRozan, I had asked DeMar, essentially, the idea is that the Raptors were able to get to the championship with Kawhi and not you. I mean, that’s a tough thing to have to say to somebody, right?

I really feel like when I’m interviewing someone, whether they’re my friend or not, I ask the question that has to be asked. I might be more inclined to ask them because they’re my friend. I might know that I’ll be able to elicit a response because it’s coming from a place of understanding. But there is genuinely no question I will not ask.

How do you approach your fun interviews, and why did you make a point of doing them amid all the other things that were going on?

Black people are sad, and they’re frustrated, and they’re mad, and they’re tired. But we’re other things too. We are resilient people. We are fun, and funny. And creative. And happy. And you have to show the full experience. And most importantly, we need a break sometimes!

As much as people would be like, ugh, I’m tired of having “politics in sports” — don’t you think we’re tired too? We would love to not have to constantly remind you that racism exists in this country. I promise we’re more tired of talking about it than you are of hearing about it. And since we’re tired, there needs to be moments of fun. There’s so much Black joy in this bubble that exists among the other things too.

You said Black women have to do special things just to be in spaces like sports journalism. You also constantly deal with harassment, especially sexually harassment, online. But you said you’re “built for this.” What do you mean by that?

I’ll be dragged into something just for simply existing. Like imagine your mere existence being hypersexualized. Imagine people not listening to what you say because they are so focused on how you look. It’s like, yes, I’m Black. Yes, I’m a woman. Yes, I am full figured. Those are facts. But who cares?

If you want some more facts, I also have my own show. I’m also a journalist. I’m also an executive producer. I’m also Emmy nominated. I’ve also been on live television since I was 19 years old, and I’m still here.

We should teach everyone how to respect instead of just teaching women how to deal with being disrespected. And I hate that we continue to just put that burden on the women because men don’t know how to be grown-ups.

Recently, Jemele Hill and Cari Champion — two Black women you admire — were on “Good Morning America” and they made a point of thanking Robin Roberts for her contributions to journalism. Who has influenced you? What advice have they given you?

Cari always is just saying: “Bet on yourself. You believe in your ability. Let that ability guide you.” I was trying to decide a couple of years ago if I was even going to move to New York. I was at the Big Ten Network. I was comfortable in that role. They would’ve let me stay there, but I wanted to grow, and I wanted to try something new, and I wanted to really use my voice in a bigger way. But I was also nervous.

But Cari was like, you have to bet on you. And that’s the thing, I try to use that to guide all of my decisions now. If you believe in yourself and the ability that you have, then nothing is going to be too big for you, and no career move is going to be too much for you.

This newsletter is OUR newsletter. So please weigh in with what you’d like to see here. To get your hoops-loving friends and family involved, please forward this email to them so they can jump in the conversation. If you’re not a subscriber, you can sign up here.

Marc Stein will be back next week to answer your questions. Email him at marcstein-newsletter@nytimes.com. Please include your first and last name, as well as the city you’re writing in from, and make sure “Corner Three” is in the subject line.

Lonzo Ball was with the Los Angeles Lakers for two seasons, averaging 10 points, 6.4 assists and 6.2 rebounds per game before he was traded to the New Orleans Pelicans last summer as part of the deal for Anthony Davis. Malika Andrews of ESPN reported on Monday that Ball, 22, had signed with a new agent: Rich Paul of Klutch Sports.

Ball, drafted No. 2 over all by the Lakers in 2017, was the Lakers’ first U.C.L.A. pick since guard Jordan Farmar in 2006. Farmar spent five seasons with the Lakers across two stints with the team, winning championships in the 2008-9 and 2009-10 seasons. He also played internationally for Maccabi Tel Aviv, based in Israel.

Farmar was joined on the Lakers by another former Bruin: Trevor Ariza. After bouncing between Eastern and Western Conference teams over the past several years, Ariza landed with Portland for 21 games this season. He shot 40 percent from 3-point range (34 of 85) before opting out of the restart for personal reasons.

The N.B.A. players Russell Westbrook, Kevin Love, Darren Collison and Luc Richard Mbah a Moute were teammates on the 2007-8 U.C.L.A. team that was the No. 1 seed in the N.C.A.A. tournament’s West region. They lost to Memphis in the Final Four, but the Tigers’ season was later vacated.

Kareem Abdul-Jabbar won three consecutive championships under Coach John Wooden at U.C.L.A. He was the No. 1 overall pick in the 1969 draft (Milwaukee Bucks) and spent 20 seasons in the N.B.A., most of which (14) were with the Lakers. He is No. 1 on the N.B.A.’s career scoring list with 38,387 points. 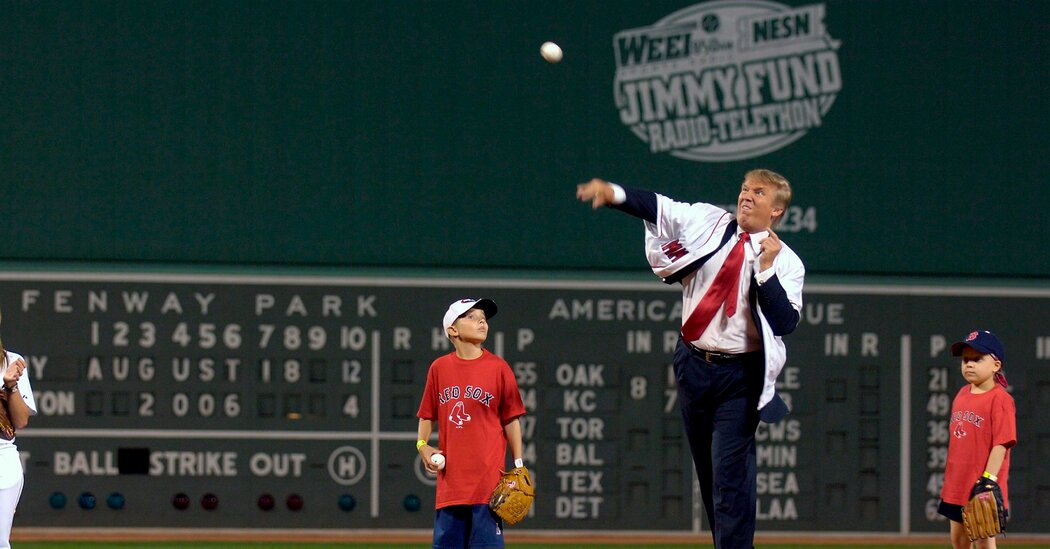 Trump Backs Out of Throwing Pitch at Yankees Game 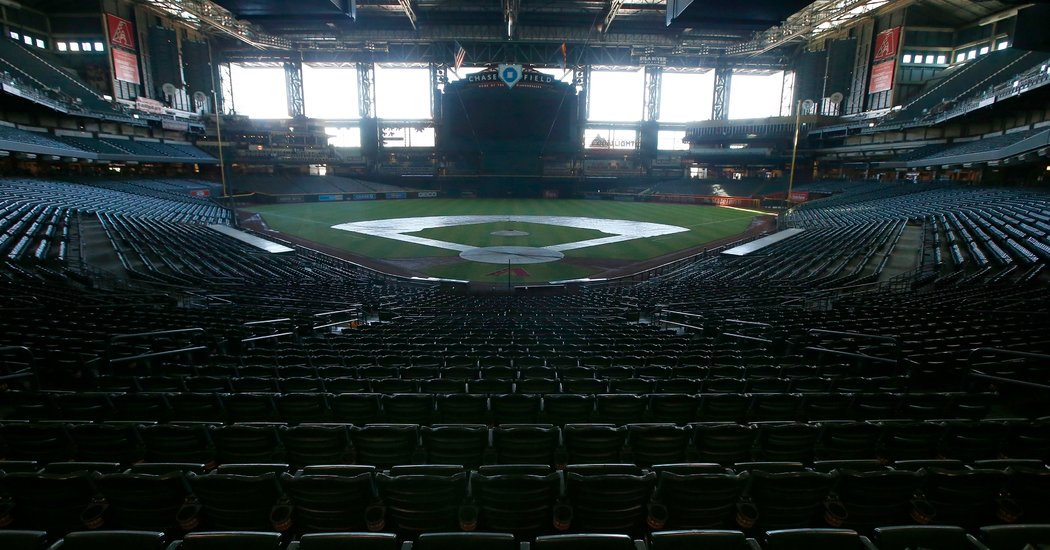 After More Proposals, Players Tell M.L.B.: ‘Tell Us When and Where’ 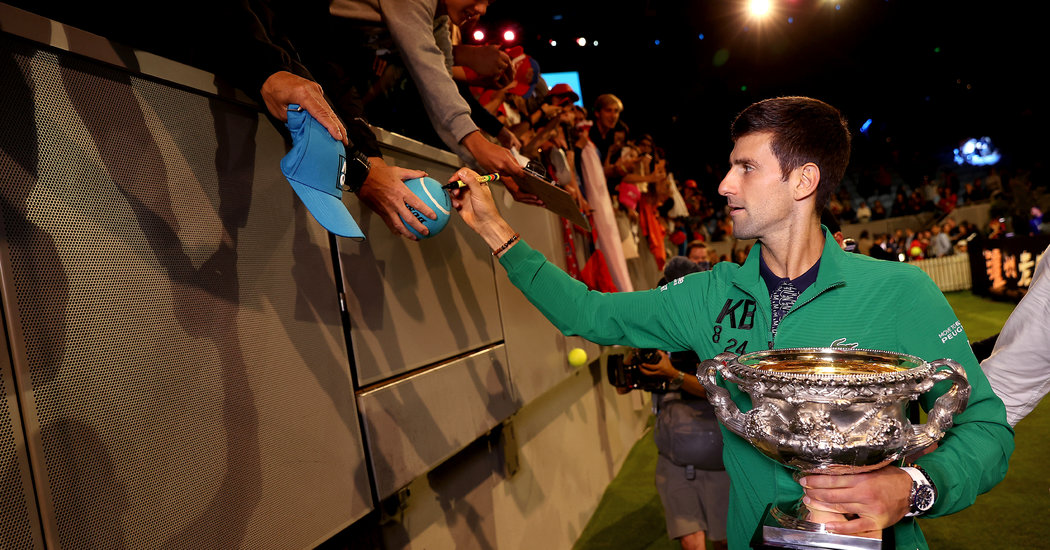