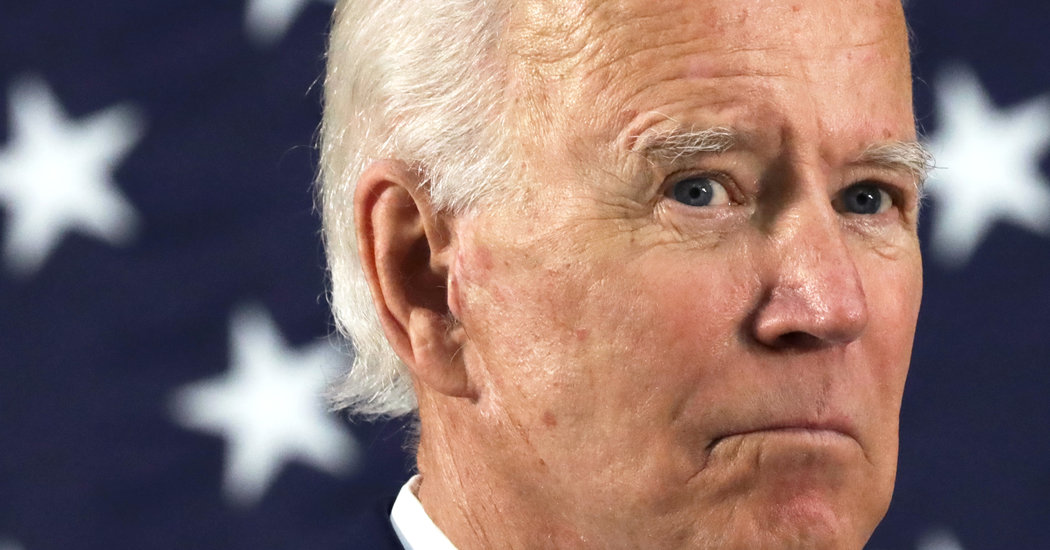 
After months of fixating on the pandemic, Wall Street has something new to worry about: a possible Biden presidency.

With the latest polls suggesting that former Vice President Joseph R. Biden Jr. has built a commanding lead over President Trump in the 2020 race, investors have begun to take into account that the not-too-distant future could look very different from the business-friendly thrust of the current administration. And it’s making some nervous.

Investors aren’t yet making buying and selling decisions based on the eventuality of a Biden administration, so the market’s dips and rallies don’t fully reflect their worries. But there are clues.

On June 24, when the market dropped 2.6 percent during a broad-based rise in coronavirus infections, some Wall Street traders and analysts attributed part of the fall to data from polls — including one produced by The New York Times and Siena College — showing Mr. Biden’s lead over Mr. Trump.

Of course, no one can ever be entirely sure what moves a market. But stocks of some military companies have also underperformed, reflecting a view among some investors that a Biden victory could depress weapons sales.

And Wall Street analysts, who provide market research to hedge funds, asset managers and other big investors, say those clients are increasingly seeking their advice on the impact of a Biden presidency, especially on taxes.

Recently, inquiries from investors about Mr. Biden’s lead in the polls have focused almost exclusively on the issue of taxes, said Jonathan Golub, chief U.S. equity strategist at Credit Suisse. “That’s, right now, kind of the market’s focus,” he said.

On June 29, Mr. Biden, the presumptive Democratic nominee, told potential donors at a virtual fund-raiser attended by Wall Street people that he would roll back most of Mr. Trump’s $2 trillion tax cut, “and a lot of you may not like that.”

Additionally, public opinion has swung in a way that indicates that Democrats, who control the House of Representatives, have a stronger chance of retaking the Senate come November. Such unified control could mean a sudden shift away from a range of policies — like corporate tax cuts, deregulation and weapons sales to foreign governments — that have helped push up stock prices in recent years.

“The market is starting to worry that Trump will not be re-elected,” said Lori Calvasina, head of U.S. equity strategy at RBC Capital Markets. “Trump is consistently viewed as a positive for the stock market.”

Stock market investors have done well under Mr. Trump. The S&P 500 is up more than 45 percent since his election on Nov. 8, 2016, despite periods of sharp volatility, including one in recent months as the pandemic led to an enormous market sell-off, followed by a robust return on the back of giant helpings of government stimulus.

It wasn’t always this way. The shock of Mr. Trump’s election jolted investors at first. After his victory, stock market futures plunged more than 5 percent in overnight trading. But investors didn’t take long to adjust to the prospect of unified Republican control of the federal government, which lasted until the 2018 midterm elections and introduced a number of deregulatory and tax policies deemed favorable to the markets.

Now, stock market analysts and investors are trying to figure out which of those policies could come to an end if Mr. Biden goes to the White House. Among Mr. Biden’s policy proposals are a partial reversal of the Trump administration tax cuts signed into law in late 2017. Those cuts, for both individuals and businesses, were some of the most sweeping changes to the tax code in decades.

In particular, the Trump tax cuts were a windfall for major American corporations, helping to drive up the profitability of companies in the S&P 500 more than 20 percent in 2018. While the Trump administration promoted the tax cuts as a way to increase incentives for companies to invest and drive wage gains, many companies used their savings to buy back their shares — increasing the wealth of their shareholders by billions of dollars in the process.

At last month’s fund-raiser, Mr. Biden detailed his plans, which include raising the corporate tax rate to 28 percent from 21 percent, according to a pool report.

A recent analysis of Mr. Biden’s tax plan from Goldman Sachs suggested that if enacted, his corporate tax increase would cut the earnings per share of S&P 500 companies about 12 percent, a prospect that could act as a headwind for stocks.

“It’s becoming a hotter topic the more the polls come out showing that Biden is in the lead,” said Tony Dwyer, chief market strategist with the brokerage firm Canaccord Genuity in New York. “The more that Biden is up, the more that people are going to start to think about what that means for taxes.”

The stocks of military companies, which are viewed as beneficiaries of the Trump administration’s push to sell weapons to Saudi Arabia, have lagged the market as Mr. Biden’s fortunes have risen in polls.

“We see higher risk around weapons sales to the Middle East, and especially Saudi Arabia, in a Biden administration,” military stock analysts at JPMorgan Chase wrote in a recent note to clients.

Investors in the oil and gas industry have also raised questions with analysts about what a change in the White House would mean for energy companies, from access to federal lands for drilling to increased carbon regulation of refiners. In a research report issued late last month, Goldman Sachs analysts noted that many of their conversations with investors focused on the risks to oil and gas companies in the event of a Democratic victory in November.

Still, industries such as health care and technology, which were some of the biggest beneficiaries of the Trump tax cuts, don’t appear to be drastically underperforming the market.

Some analysts have noted that a Biden presidency could be a source of stability for the markets, which have been hammered at times during Mr. Trump’s tenure. Since 2018, his on-again, off-again trade, tariff and technology war with China has generated waves of volatility for stocks.

“A Biden presidency would result in less trade tension with China, which would be a welcome relief for equity investors,” economists at BCA Research wrote. They also noted that corporate tax increases could finance government spending that would stimulate the economy, a potential plus when the post-pandemic recovery looks slow and long. 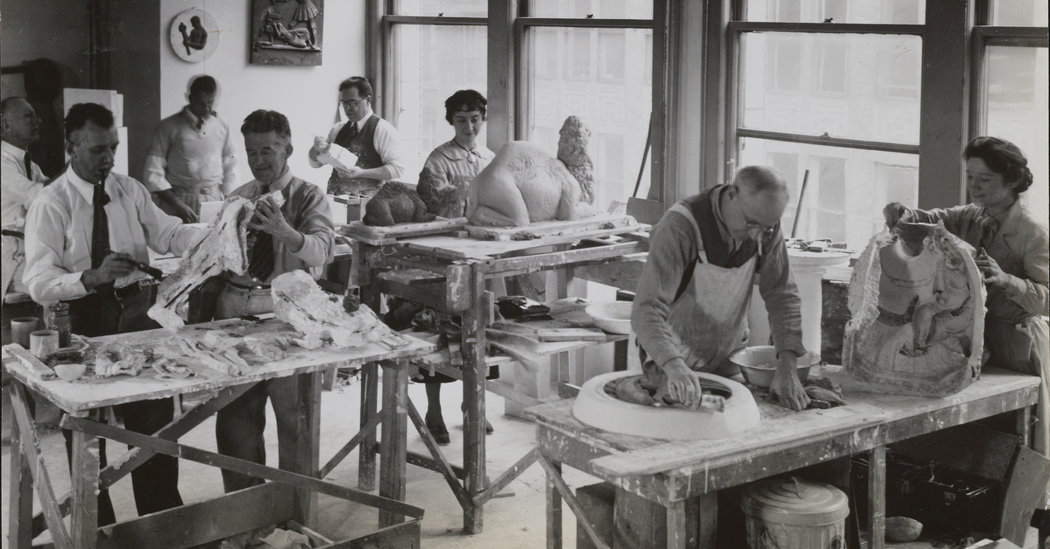 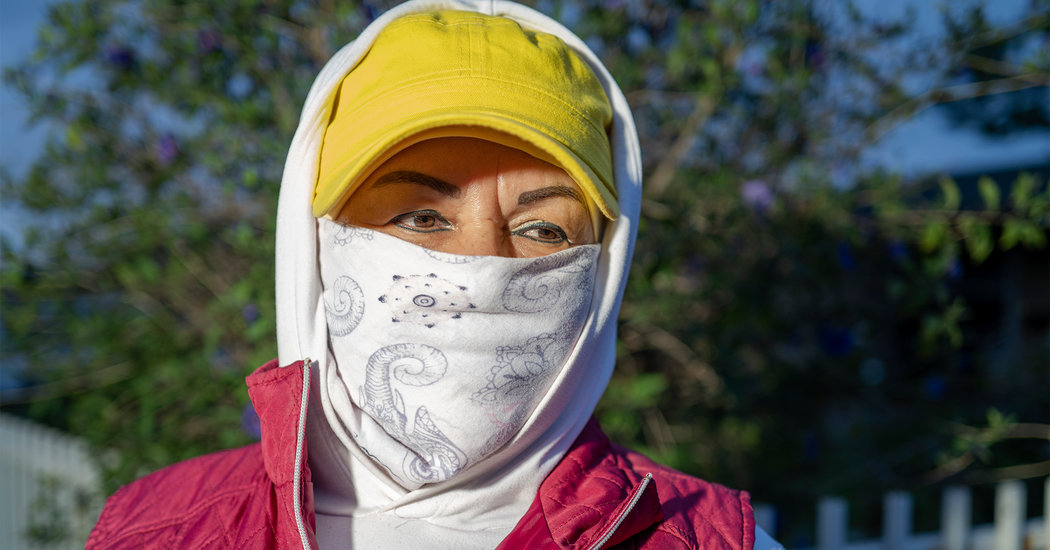 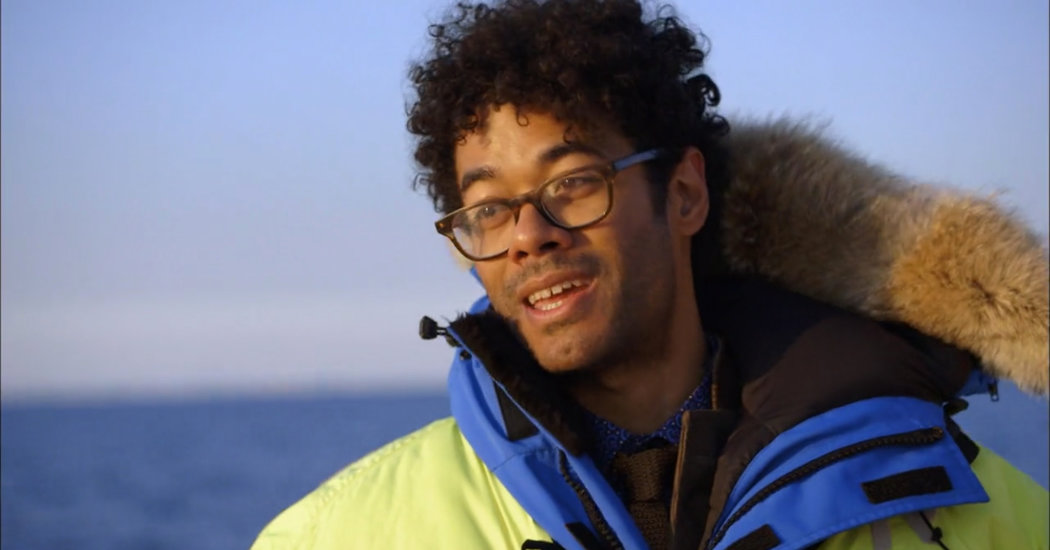