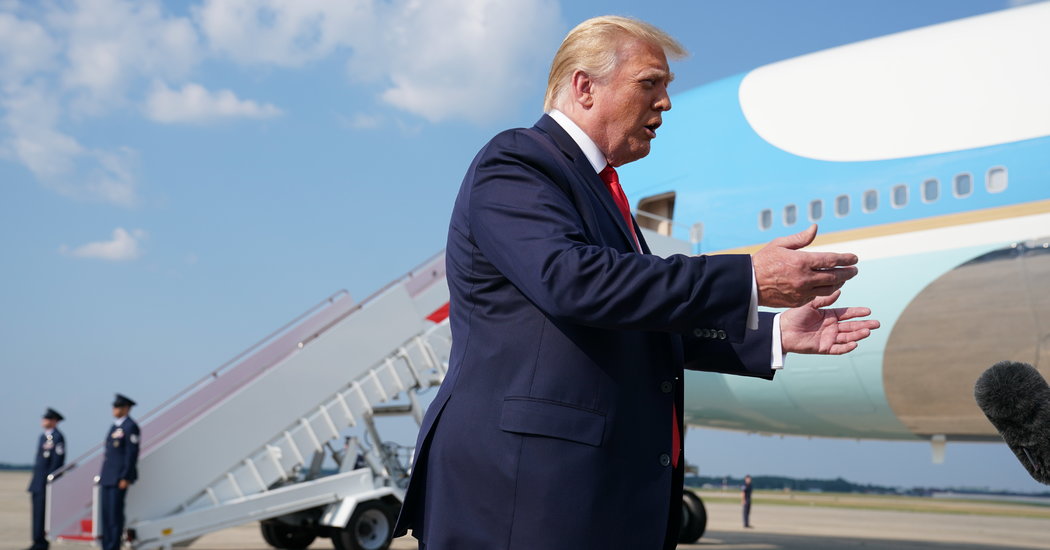 
Responding to an increase in publicity and advance orders, Simon & Schuster announced on Monday that it was planning to release a tell-all book by Mary L. Trump, President Trump’s niece, on July 14, one week earlier than originally scheduled.

The move by the publisher came after a New York appeals judge, ruling last week in response to a court action brought by the Trump family, decided it could proceed in releasing the book, “Too Much and Never Enough: How My Family Created the World’s Most Dangerous Man.”

For the last few weeks, the Trumps, led by the president’s younger brother, Robert S. Trump, have been trying to stop publication of the book, which Simon & Schuster has said will detail the family’s “dark history” in an effort to explain how Donald Trump “became the man who now threatens the world’s health, economic security and social fabric.”

Charles J. Harder, a lawyer for Robert Trump, did not immediately respond to messages seeking comment.

Last week, a judge in Dutchess County, N.Y., temporarily halted the release, even though the book has already been printed — and is a prepublication best seller on Amazon. The next day the appeals court judge decided that Simon & Schuster could go ahead with publication but did not address the question of whether Ms. Trump had violated a confidentiality agreement with her family, as Robert Trump has alleged.

That agreement was put in place nearly 20 years ago, when Ms. Trump settled a lawsuit with her family concerning the contested will of the president’s father, Fred Trump Sr. But in an affidavit filed in New York last week, Ms. Trump claimed she had consented to the secrecy pact — and signed away her interests in several family properties — without knowing that President Trump and his siblings had lied to her about how much they were worth.

“Because the settlement agreement was based on and induced by fraud,” Ms. Trump’s lawyer, Theodore J. Boutrous Jr., wrote in a court filing, “it cannot be enforced — and cannot bar publication of Ms. Trump’s book.”

In his court papers, Mr. Boutrous claimed that the Trump family “significantly and deliberately undervalued” the appraisals of the properties, causing Ms. Trump and her brother to agree to a buyout in which they were cheated out of millions of dollars.

Under the agreement, she and Fred Trump III signed away their interests in several family real estate holdings, including the ground leases for the Beach Haven and Shore Haven apartments considered two of the “crown jewels” of Fred Trump Sr.’s empire.

Mr. Boutrous has also claimed that it was preposterous that the Trump’s family’s secrecy agreement could be construed as a “sweeping, lifetime gag order” that could stop Ms. Trump from writing about her family now. The president, as Mr. Boutrous pointed out, has given interviews about his sister, Maryanne Trump Barry, and his older brother, Fred Trump Jr. Dozens of books, Mr. Boutrous noted, have been written about the Trumps, including nearly 20 that the president wrote himself.

In its statement announcing the sped-up publication schedule, Simon & Schuster offered a few new hints about the contents of the book, describing it as “an authoritative portrait of Donald J. Trump and the toxic family that made him.”

According to the statement, Ms. Trump, who is 55 and a clinical psychologist, explains how Mr. Trump “acquired twisted behaviors,” including a penchant for seeing human beings in “monetary terms” and a habit of punishing qualities like “empathy, kindness and expertise.” In the book, the statement says, Ms. Trump describes how her uncle “dismissed and derided” his own father as he succumbed to Alzheimer’s disease and practiced “cheating as a way of life.” 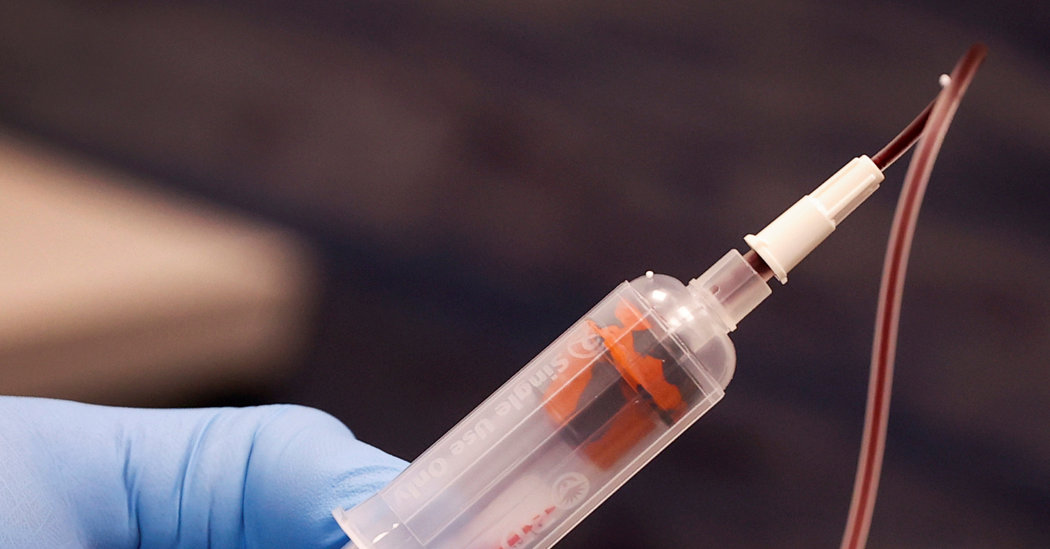 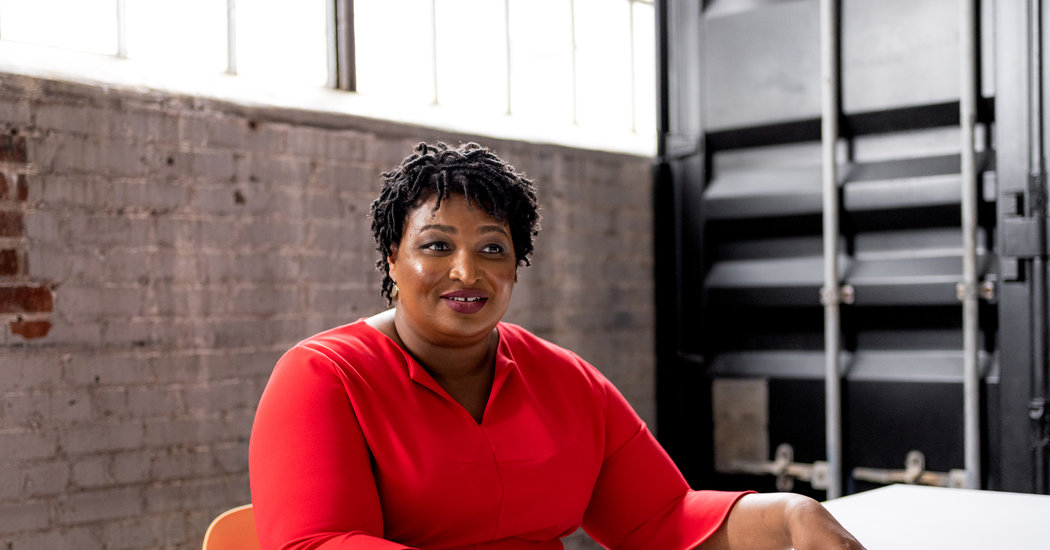 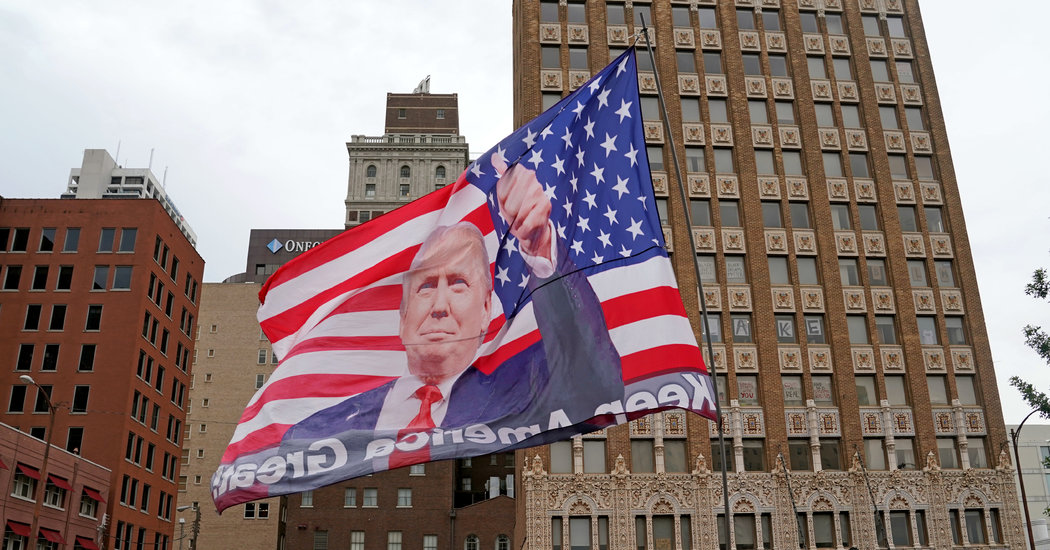 Waiting for Trump: Hats, Flags, Little Fear of the Virus

A low-grade hurricane that is slowly scraping along the East Coast. A wildfire in California that has led to evacuation

Harris Faulkner, Working From Home in Shades of Blue