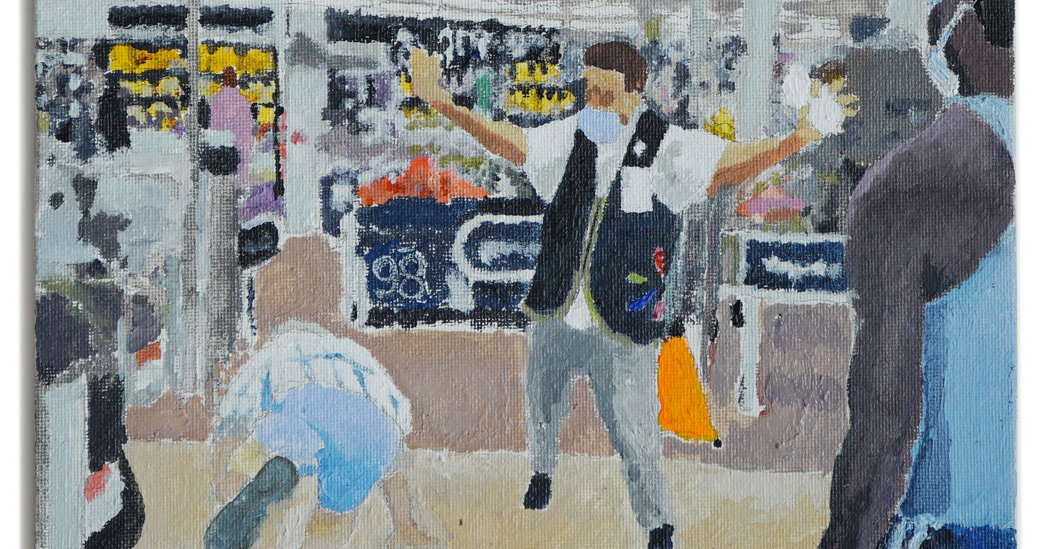 
On any given day, somewhere in the United States, someone is going to wake up, leave the house and get in a huge argument with a stranger about wearing masks.

Grocery store managers are training staff on how to handle screaming customers. Fistfights are breaking out at convenience stores. Some restaurants even say they’d rather close than face the wrath of various Americans who believe that masks, which help prevent the spread of coronavirus, impinge on their freedom.

Joe Rogers, 47, a resident of Dallas, said that just last week, he had gotten in a physical fight over masks.

In line at a Mini-Mart, he spotted a customer behind him not wearing a mask, he said, and he shook his head. The man asked why Mr. Rogers had been looking at him and Mr. Rogers, again, shook his head.

“I wear a full face guard, the mask that they use when they spray pesticides,” he said. “He reached for my mask and tried to pull it off.” Mr. Rogers said his “natural instinct” came out and he put his hand up and knocked the man to the floor.

In Dallas, beginning June 19, businesses were required to ensure customers and staff wore masks. Mr. Rogers said that though he had not hit another person in “a decade or so” that this was not the first altercation he’d had over masks.

“I’ve already been in several,” he said. “I’ve been in shouting matches with people at CVS. People just don’t understand it. If everyone just wore a mask, this would be over.”

Mr. Rogers’s brother, Jason Rogers, a Democratic congressional candidate in Texas’s 57th district, said that he was aware of the confrontation and expressed support for his brother. “This is Texas, you know,” he said. “Stand your ground.”

Masks were already a political flash point, and months of mixed messages about their usefulness have contributed to the confusion. Now, they’re also fodder for viral videos.

A surge of reported cases of coronavirus in states like California, Texas and Florida has led authorities in those states to issue new guidance on masks. Evidence suggests masks can help prevent transmission of the virus even when worn by seemingly healthy people.

Early in the pandemic, the Centers for Disease Control and Prevention said several times that those without symptoms did not have to wear masks. On April 3, the agency shifted, saying that masks should be worn in public.

But President Trump, announcing the new guidance, said, “Somehow, I don’t see it for myself” and has continued to appear in public without a mask. On Sunday, after months of shunning a mask himself, Vice President Mike Pence urged Americans to wear them.

Orders regarding masks that carry the force of law have been left to individual states. And in states where altercations over masks have been reported, those orders have recently changed.

Gov. Gavin Newsom of California ordered the mandatory wearing of masks in public on June 18. A little more than a week later, Hugo’s Tacos, a taqueria with two locations in the Los Angeles area, announced that it would close temporarily because its staff was “exhausted by the constant conflicts over guests refusing to wear masks.”

The chief executive of Hugo’s, Bill Kohne, said that it was only in the last few weeks that the encounters had become so vitriolic. His staff had been confronted with racist language, he said, and he was concerned for their safety. Recently, one of Mr. Kohne’s facility managers supervising one of the storefronts observed five confrontations over masks in a single hour.

”The one that we most viscerally remember is that a customer at the pickup window who was asked to wear a mask literally threw a cup of water through the window at the clerk,” Mr. Kohne said.

He provided The New York Times with an email from a customer that he said was representative of many customers’ attitudes.

“Why is it the responsibility of a taco stand to dictate to its customers a personal freedom of choosing to wear or not wear a mask!” it said, concluding: “Go to hell taco man. Close permanently! Do us all a favor!”

(The person who sent the email did not respond to a request for comment from The Times.)

Public fights over masks have occurred with extraordinary frequency, service workers say, and far exceed the large number of those already captured by smartphones in viral videos.

Confrontations are taking place even in states that have been more consistent in guidance about masks. Massachusetts required that residents wear masks in grocery stores starting in early May. Still, Alli Milliken, 20, who returned to her job at a grocery store chain in the state several weeks ago, has already seen a conflict. She said that recently a customer wearing a mask called out another customer who was not.

“The unmasked guy shrugged at him and was like, ‘It’s a free country. The virus isn’t real. I can do what I want,’” Ms. Milliken said. “The masked guy then says, ‘I work in a hospital. I’ll be seeing you soon, buddy.’”

Ms. Milliken said that she had not been given any training or direct instruction on de-escalating conflict between customers.

The conflicts over masks have been particularly difficult for essential workers, who have been working long shifts and dealing with frazzled and frenzied customers throughout the pandemic.

Londyn Robinson, 26, a medical student in Minnesota, said that her mother, a manager at a big box store in South Florida, was now having to instruct her staff on how to defuse tense situations, along with working long shifts and sanitizing the store.

“I never in a million years would have thought that working in a grocery store would have been considered a high-risk job,” she said. “It breaks my heart.”

Ms. Robinson’s mother, who asked to be kept anonymous for fear of losing her job, said that in the last two to three weeks, fights over masks had become astonishingly frequent. It was not uncommon for the police to be called to her store three to four times a day, she said.

“We’ve had shoppers go after each other,” she said. “Pushing matches, running carts into each other, running over people’s feet, ankles.”

She said that many of the staff members she supervised were already working 12 to 14 hour days and had been doing so since March. (There were physical conflicts with shoppers then, too; Ms. Robinson’s mother said she was slapped in the back of a neck by a customer who was frustrated that the store had run out of toilet paper.)

Even offering masks to customers did not work, she said: “They’ll outright decline or they’ll show you a fraudulent card that says, ‘You can’t ask me to do this.’”

The fighting between customers creates a tension that does not dissipate once the altercation has ended, she said. She no longer feels comfortable walking to her car alone after the store closes, concerned that an aggravated customer may be waiting for her there.

“Now we go two to three employees at a time,” she said.

In Florida, where cases of the virus have been rising rapidly, the state had not issued any official rules on masks as of Tuesday morning, leaving the decision in the hands of counties, localities and small businesses. (The state’s department of health issued a public advisory on June 20 recommending masks.)

Chris McArthur runs Black and Brew coffee in Lakeland, Fla., which is in a county where Mr. Trump won 55 percent of the vote in 2016. Mr. McArthur decided on Monday to begin requiring customers to wear masks at the business’s two locations.

“We had actually been mulling it over for a couple of weeks,” he said. “We were hoping that our city commission would pass an ordinance that would require it locally. Our fear was that if we went out on a limb, because it wasn’t the norm, we would receive a lot of backlash from our customers.”

Still, Mr. McArthur made the decision. “We felt like if we did that, other businesses might follow our lead and our customers might appreciate the extra precautionary measures that we were taking,” he said.

He said that he hoped that conflicts would not arise. But he expects them to, and has coached staff on how to respond. If a customer becomes belligerent, he said, “We would have to call the nonemergency line and hope that the police are available to come help us out.” 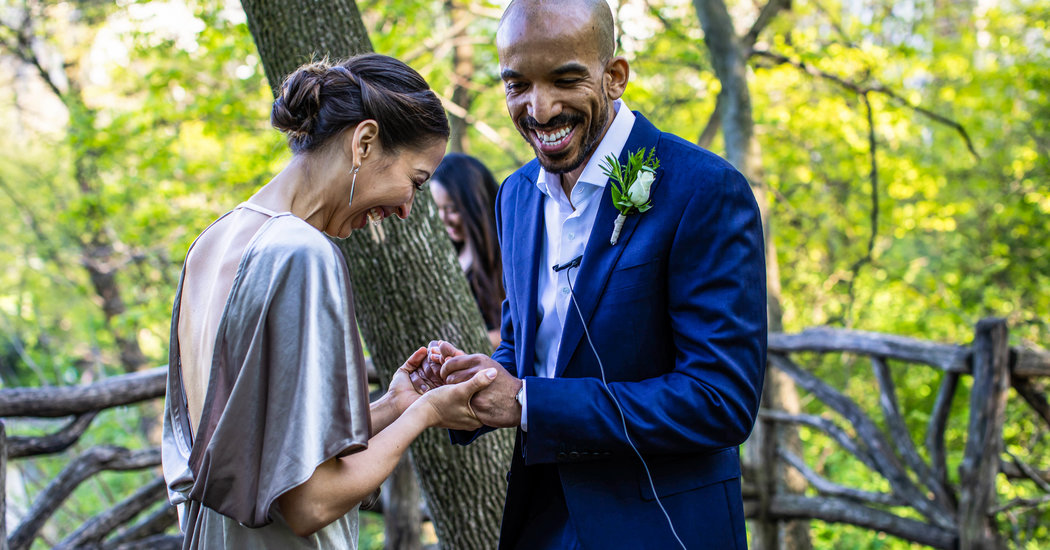 Welcome to Our Surprise Zwedding 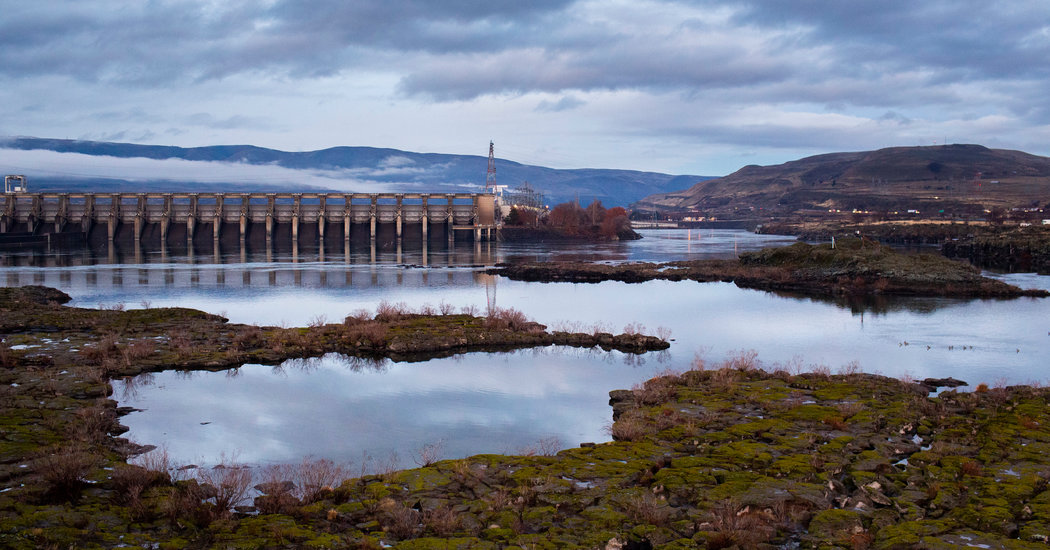 For This Tribe, Saving a River Means Saving the Sturgeon 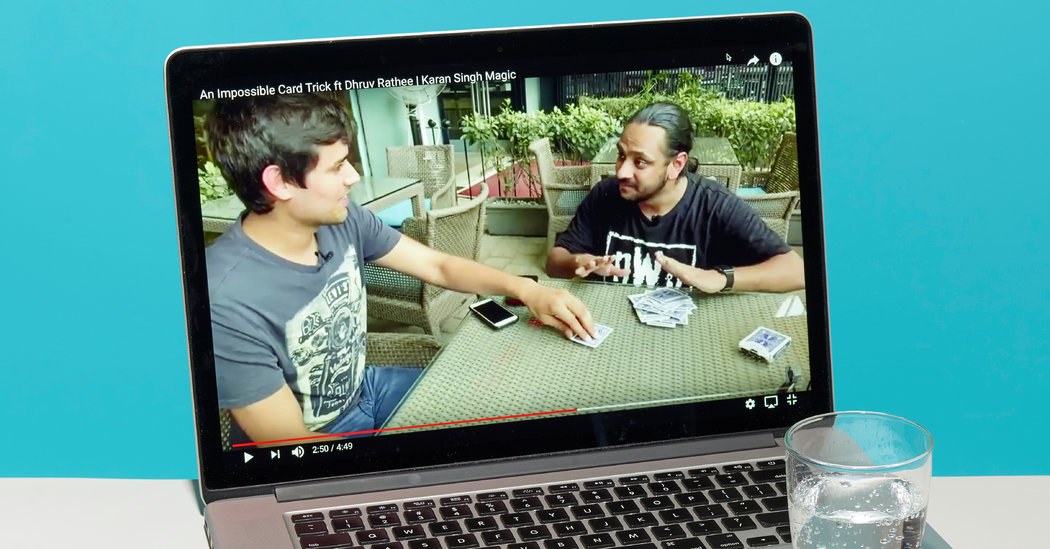 For His Next Trick, This Magician Will Delight the World