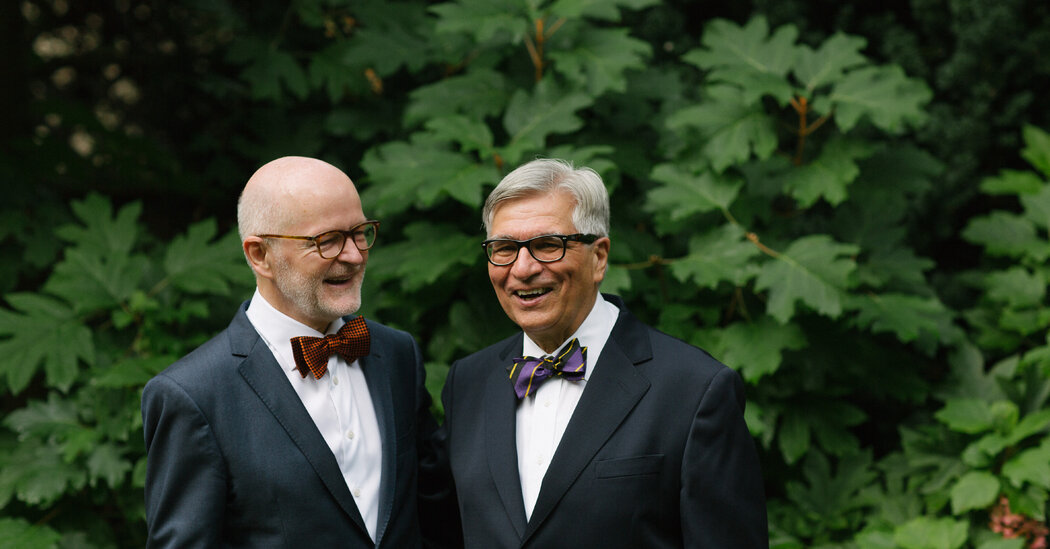 
Martin MacLachlan (left), and George Kapelos first met in 2012 at an ice cream emporium in Toronto, where both live, and their attraction was immediate. Mr. Kapelos arrived on his bicycle, and ordered cardamom. Mr. MacLachlan showed up in shorts and had chocolate.

Mr. Kapelos didn’t neglect to admire Mr. MacLachlan’s legs. “I noticed his gams when we were having ice cream,” he said.

The two initially connected through Match.com, the online dating app. Their first get-together stretched to four hours of easy conversation.

“I was kind of enchanted,” Mr. MacLachlan said. “This was someone I had so many interests in common with, and had felt so comfortable just talking to. I think I had him for brunch the following Sunday.”

Conversation between them flowed easily, and they were soon planning to travel together after their previously planned trips were done. Mr. MacLachlan had planned a bike trip to the Loire Valley, so Mr. Kapelos gave him a bike bell. Mr. MacLachlan reciprocated with audio email from the tour.

He also brought back a stuffed bear for Mr. Kapelos. “This sounds really sentimental, but I think that there was already deep affection — love — I was totally smitten,” Mr. MacLachlan said.

Mr. Kapelos said that he had made a list of the attributes that an ideal partner with whom he might spend the rest of his life with would have. He hoped for someone who was attractive, had similar family values, and was culturally and intellectually complementary. And at the conclusion of the first meeting between the two, he turned to Mr. MacLachlan and said, “Martin, you’re my kind of guy.”

“I was being careful but confident,” Mr. Kapelos said. “So that’s when you could say I began to fall in love.”

Mr. MacLachlan, 63, is the general counsel for the public operations and the investment dealer in Canada of the Canaccord Genuity Group, a financial services firm in Toronto. He graduated from the University of British Columbia with bachelor’s degrees in commerce and in laws. He also received a Master of Laws degree, with a mark of merit, from the London School of Economics and Political Science.

Eight years to the day after their first meeting, the couple married. The Rt. Rev. Andrew J. Asbil, who is the bishop of the Anglican Diocese of Toronto, performed the ceremony at the Cathedral Church of St. James. The wedding party included only six people, plus a photographer and a friend who livestreamed the ceremony.

The two had originally intended to have a small family wedding followed by a large gathering in November with family and friends. But the coronavirus pandemic forced them to change plans, and ultimately, their wedding party was reduced. They still hope to have a larger event, but will wait until the Canadian-American border reopens and the virus restrictions ease.

The couple decided a year ago, while on a trip that passed through Copenhagen, that they should buy engagement rings and begin planning for a wedding.

“I had been the one who was more reluctant,” Mr. Kapelos said. “It was time. I am very cautious. I was turning 70 years old and thought, ‘This is ridiculous George! You’ve always wanted a committed relationship. What am I waiting for?’”

Do I Have Permission to Corona-Shame My Friend? 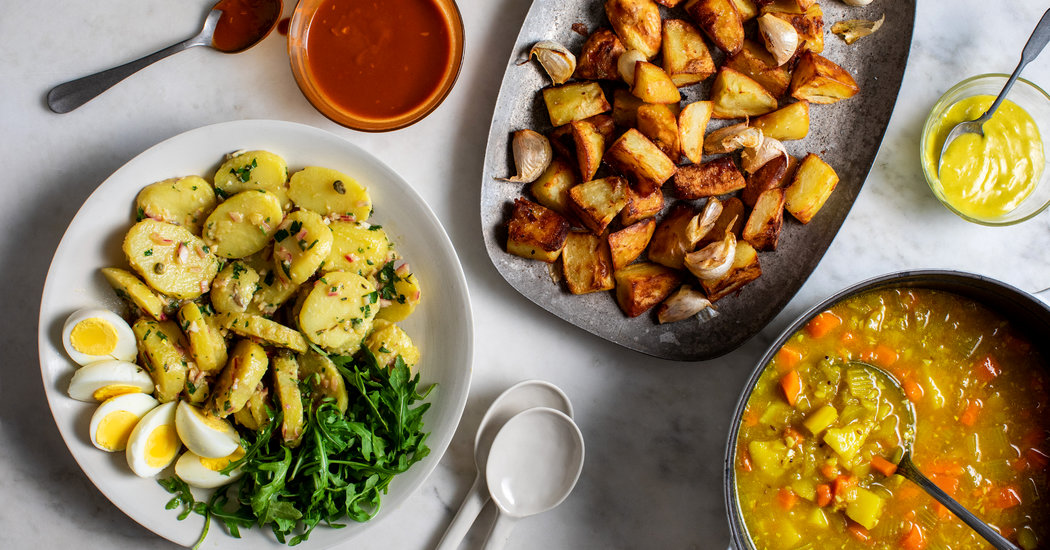 How to Make the Most of Potatoes 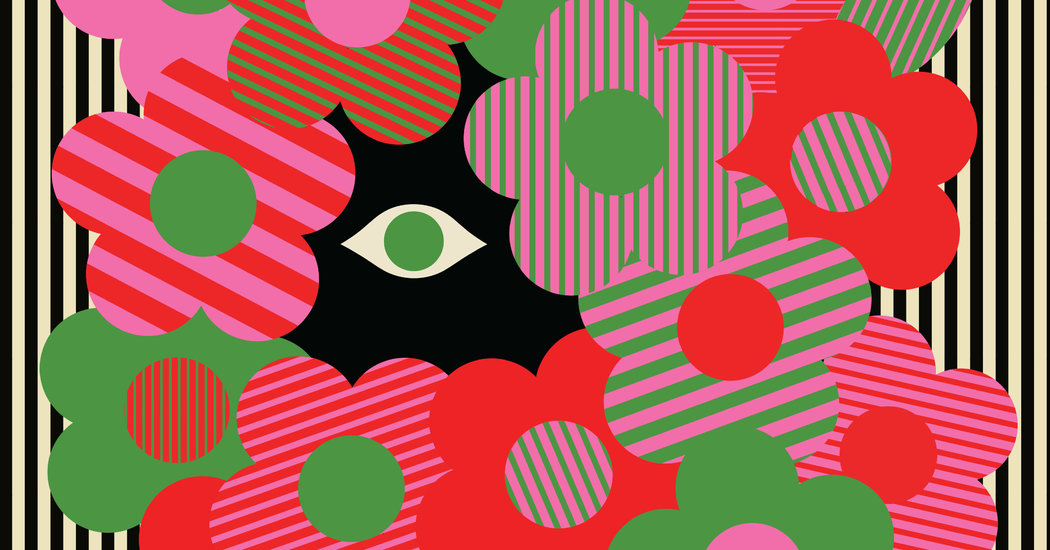 At Home Newsletter: A Beacon of Possibility for Your Time Indoors

Madness was expected during this postseason. Instead of the usual 10, 16 teams were included in a new playoff format

What To Know About The DOJ’s Lawsuit Against Google