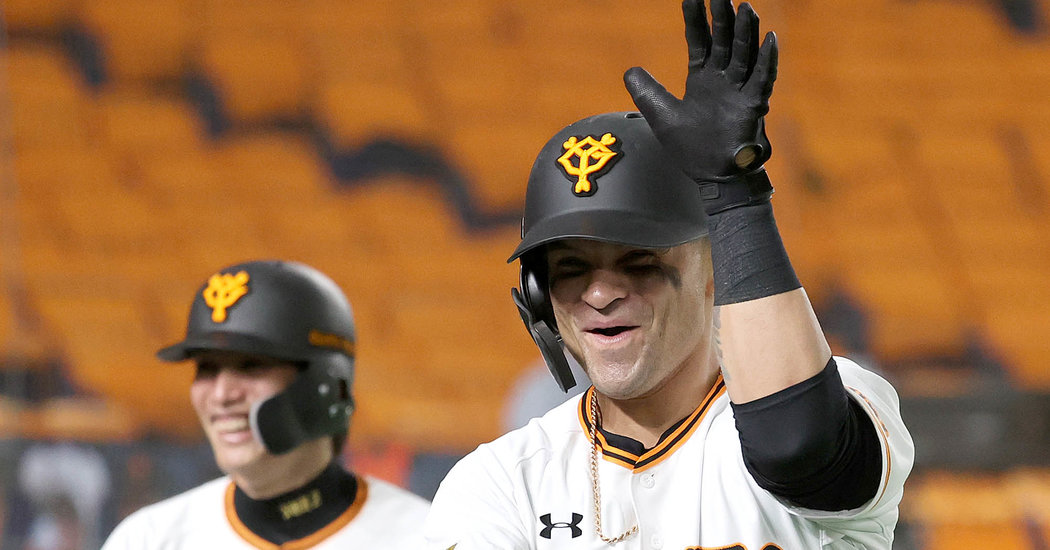 
Amid all the new safety protocols and unusual scenes after the delayed opening of Japan’s baseball league, a highly unscientific yet intriguing multicultural study is underway: Can a Venezuelan player who became the emotional soul of an American franchise’s first championship run deliver similar results in Japan with his beloved Korean-produced children’s song?

Gerardo Parra is remembered in Washington for using the children’s song “Baby Shark” to inspire a team and its fan base on the way to the Nationals’ 2019 World Series championship. But while his walk-up song and on-base celebrations may have galvanized the team, his on-field production was mediocre, and the Nationals declined to re-sign him after his one-year contract expired.

With an increasingly unkind free-agent market to veterans in the major leagues, Parra signed with the Yomiuri Giants when they approached him in November. Despite the long layoff and the adjustment to a new country, Parra is off to a fine start.

He got a hit on opening night after his manager challenged a close out call at first base on a ball Parra had bounced to shortstop. With no fans in the stands, it would have made for an awkward debut for his “Baby Shark” dance. The moment produced only a silent exchange of gestures: the umpire overturning the call with a sweeping extension of his arms and then Parra pinching his thumb and index finger together privately — just as he and his Nationals teammates had done in 2019 to celebrate singles.

A bigger moment came in Game No. 2. As the Giants broke open a close contest in the seventh inning against the Hanshin Tigers, Parra blasted a chest-high pitch that clunked off an empty seat in the right-field stands for a three-run home run. He was delighted with both the result and the response from his teammates.

“For this one, I do the big ‘Baby Shark’ dance,” Parra said in a postgame phone interview, referring to the chomping gesture made with both arms. “When I turned back and looked at the dugout, everybody do that. Everybody. I be happy for that, because when the team is together, everything is positive.”

The Giants lead the six-team Central League with a 6-2-1 start. Parra is batting .286 with three home runs and has started in right field in eight of their games, but they did not sign him for his home run prowess. He hit just 88 in 11 U.S. major league seasons, including eight for the Nationals last year. The Japanese club liked his solid career batting average of .276 and his versatile defense, which includes two Gold Gloves and more than 200 games at each outfield position.

Beyond those skills, it has been obvious since his signing that the Giants also embrace his contagious energy.

At his introductory news conference in January, the Giants blared the same tune that filled Nationals Park last year throughout the room. Everyone on the dais received a pair of blue-and-white Baby Shark hand puppets adorned with a Yomiuri cap in front of the dorsal fin.

Even Manager Tatsunori Hara slipped one on each hand and smiled broadly as he joined in the dance that thousands of Nationals fans happily performed last year.

With 22 Japan Series titles, the most of any franchise, the Giants are Japan’s version of the Yankees, but they could use an extra dose of inspiration. They haven’t won a title in seven seasons, their longest drought since another seven-season dearth that ended in 1989. In last year’s Japan Series, they were swept in four games by the Fukuoka SoftBank Hawks without holding a lead for a full inning.

Even with no fans in stadiums after a 91-day delay of the season because of the coronavirus, the Giants are playing walk-up music in the empty Tokyo Dome at home games. Once again, Parra is stepping to the plate to the tune from Pinkfong, the Korean educational entertainment company.

“I can’t change the music now because it’s emotion for me,” Parra said. “It’s my life to see all the people and kids happy. Right now, we can’t see fans in the stadium, but I know they like it because they send me video and pictures by Instagram and everything. It brings energy, and we need that to help make a championship team here.”

He was credited with doing exactly that in Washington. Parra was released by San Francisco in May 2019 after a slow start, and signed with a Nationals team that had stumbled to a 19-31 record. He had been stepping to the plate to the reggaeton track “Contra La Pared,” by Sean Paul and J. Balvin, but before a doubleheader against Philadelphia on June 19, he changed it on a whim.

“In the morning, my kids say, ‘Daddy, I want to listen to “Baby Shark,”’ so I put it on my phone and we dance in the apartment for like three hours,” said Parra, who estimated he had switched his walk-up song more than 20 times in his career. “When I go to the stadium, I said, ‘Hey, I want to change the walk-up song.’ I never think I want to put ‘Baby Shark,’ but it was still on my phone and I kept hearing it. After so many times, I said: ‘You know what? That’s the song I’m going to use.’”

Some on the team were skeptical, but when Parra saw how children and adults reacted, he decided to keep it. “I never seen kids and adults happy together like that before,” he recalled. “It’s beautiful when you see that.”

The energy of the tune, coupled with Parra’s charisma, eventually seeped into the clubhouse and helped build a camaraderie that became a central story line in the Nationals’ title run.

“Of course, you have to play strong on the field, but when everyone is together like that in the clubhouse, everything is possible,” Parra said.

In commemorating the franchise’s first World Series, the Nationals’ front office affirmed what the Yomiuri Giants hope to capture. Inside the shank of the championship ring they unveiled in a virtual event, they included an etching of a shark holding the Commissioner’s Trophy to honor Parra’s emotional inspiration.

“Henry Blanco send me the video and I’m in shock — no talk, like ‘Wow,’” Parra said, referring to the Nationals’ bullpen coach. “That ring is beautiful, and now ‘Baby Shark’ is part of baseball for our life. It brings us together.”

While Parra could not be with his teammates in the United States when the team unveiled the ring design, he was touched to hear that a member of the Lerner family, which owns the team, was planning to fly to Tokyo to deliver his ring.

The pandemic has suspended those plans, but the Giants hope that whenever Parra gets his Nationals ring, a second one won’t be far behind. 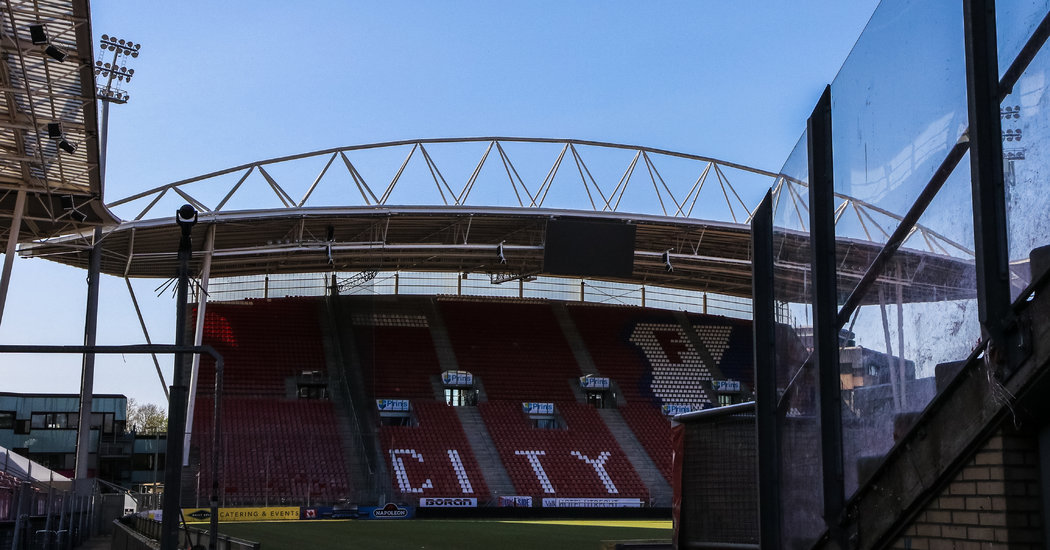 European Soccer Tries to Find a Way Back, or a Way Out 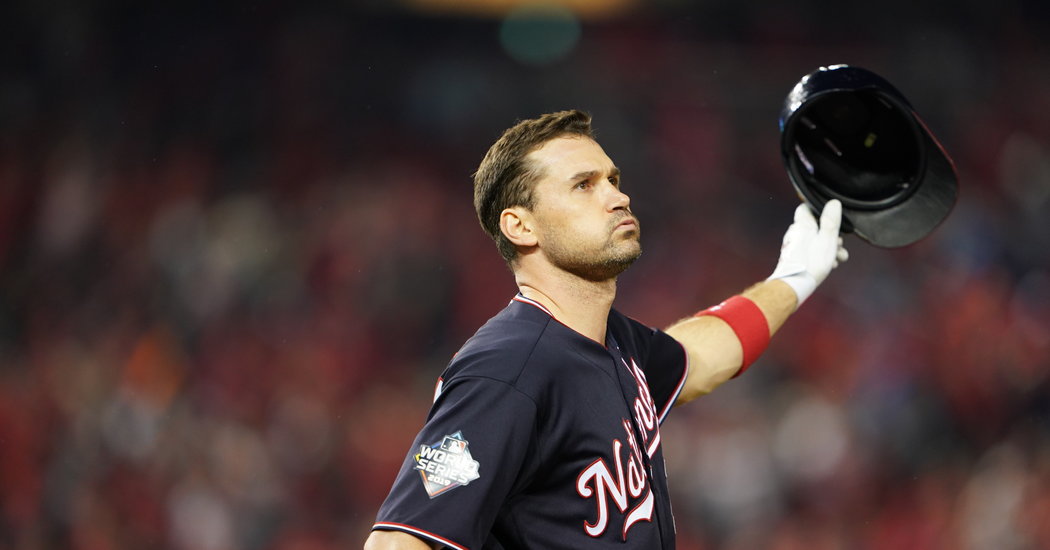 Ryan Zimmerman and 2 Others Opt Out of M.L.B. Season 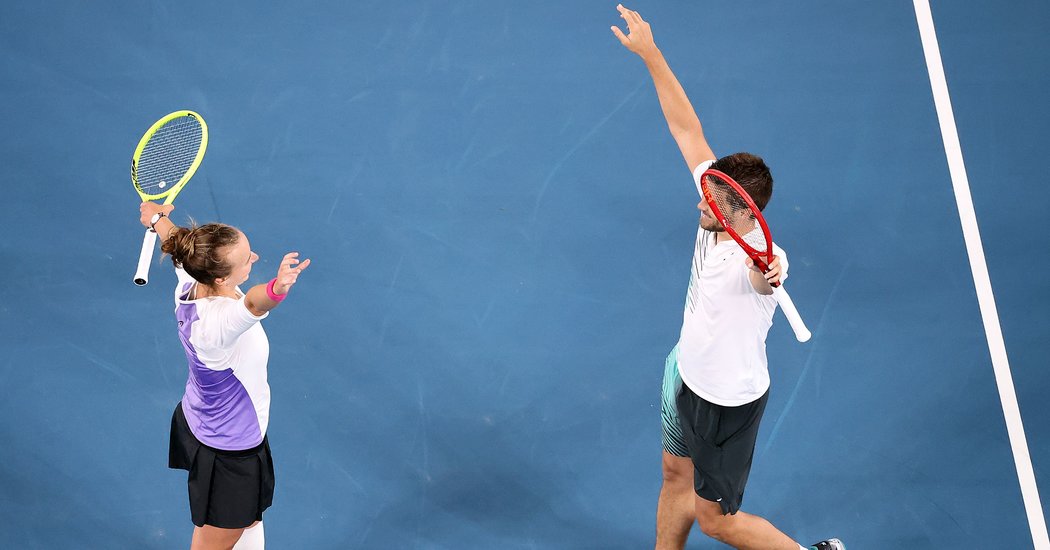