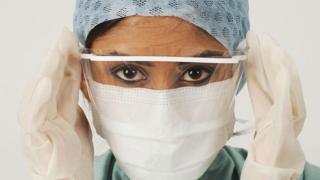 The government says it’s working “around the clock” to provide PPE, but NHS workers are concerned about supplies, and have been asked to consider reusing some equipment.

What is PPE and who should wear it?

Anyone who comes into close contact with patients who may or do have coronavirus should wear some form of protection. That includes staff working in care homes, prisons and the community, as well as in GP surgeries or hospitals.

The type of PPE required depends on the level of risk.

Guidelines recommend that anyone working within 2m (6ft) of a confirmed or suspected Covid-19 patient should wear an apron, gloves, a surgical mask and eye protection.

Clinicians carrying out tasks that could generate airborne droplets of saliva loaded with the virus should use an even higher standard of protection, including disposable gowns, filtering respirators and face-shielding visors.

For example, that would include intensive care doctors getting a patient ready to go on a ventilator to support their breathing.

Ambulance staff driving the ambulance do not need to wear any PPE, but the rest of the crew should wear the appropriate amount depending on the likely level of exposure and risk they face.

Pharmacy staff who cannot keep 2m away from possible patients should wear a surgical mask.

How much kit has been sent out?

One billion items of PPE have been delivered across the UK, the Department of Health and Social Care has said.

The Welsh government said it had delivered 48 million pieces of PPE to the NHS and local authorities.

In Northern Ireland, the UK has sent five million items of PPE and 75 million pieces have been ordered by its health service.

In Scotland, First Minister Nicola Sturgeon said there were “adequate stocks of the main PPE”, but acknowledged difficulties with delivering gowns. However, a survey by the Royal College of Nursing suggested half of all nurses working in high-risk environments had been asked to reuse PPE.

The UK government said it has delivered 11 million items to Scotland.

Is there enough PPE?

This is the vital question, but one that is difficult to answer.

Health Secretary Matt Hancock has said the amount needed each month is “absolutely vast” and in the “billions of items” ballpark.

There are around 1.6 million NHS staff across the UK in hospitals and the community. All of them need varying amounts of PPE depending on the type of work they do.

PPE ordering is done on a UK wide level, but different parts of the NHS has different levels of stock.

There have been some shortages, including the supply of gowns.

Global demand for PPE is at unprecedented levels and several countries have placed export bans on it.

Ministers have recruited UK companies, like Burberry, to start making PPE. The government also says kit deliveries will now happen every day, rather than every few days.

NHS and social care workers can also call a hotline to request PPE.

Can PPE items be washed and reused?

Some bits of kit can only be used once per patient, while others can be used for whole sessions, such as during a ward round visit to many patients.

All PPE worn during the highest-risk situations – where there will be lots of splatter from infectious droplets – should be single use, unless they can be decontaminated.

Aprons, gloves and surgical masks should usually be disposed of after a single use or session.

However, when there are shortages, guidelines now say NHS staff can reuse some kit where it is safe to do so, even if it is labelled as single use by the manufacturer.

The Health and Safety Executive says it recognises “some compromise” is needed when there are extreme shortages of kit, and that these “exceptional circumstances” do not reflect its standard approach.

For example, some gowns could be washed by the hospital laundry and reused, it says.

It is easy to see how a member of staff would need to use lots of PPE when following the guidelines.

NHS Providers, whose members include health trusts, has thanked the fire and police services, vets, local councils, DIY stores and builders’ merchants which have donated stocks of gowns and alternatives such as coveralls.

On 19 April, its chief executive, Chris Hopson, said: “No-one in the NHS wanted to be where we now are on gowns, with a significant number of trusts reporting critically low stocks.”

What do NHS staff say?

The British Medical Association, which represents doctors in the UK, criticised the advice that some single-use PPE could be reused.

“If it’s being proposed that staff reuse equipment, this must be demonstrably driven by science and the best evidence – rather than availability – and it absolutely cannot compromise the protection of healthcare workers,” said Dr Rob Harwood, chair of its consultants committee.

A BMA survey published on 18 April found that half of doctors working in high-risk areas reported shortages of long-sleeved disposable gowns and goggles.

The Royal College of Nursing says its members can refuse to treat patients as a “last resort” if adequate PPE has not been provided.

UK anaesthetic and intensive care bodies says doctors should carefully evaluate the risks before taking a decision about whether to provide care. 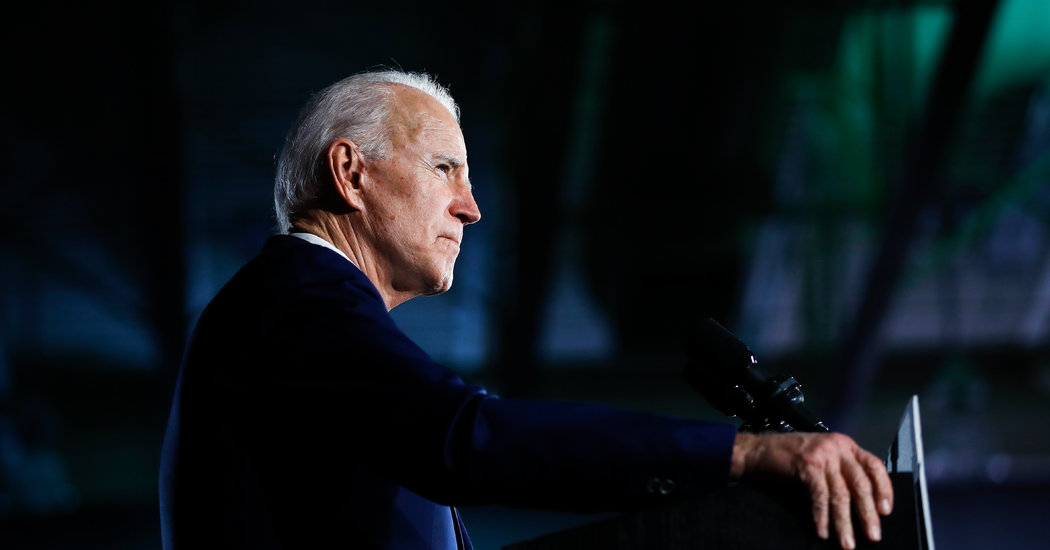 Biden Reveals Allies Who Will Help Pick a Running Mate 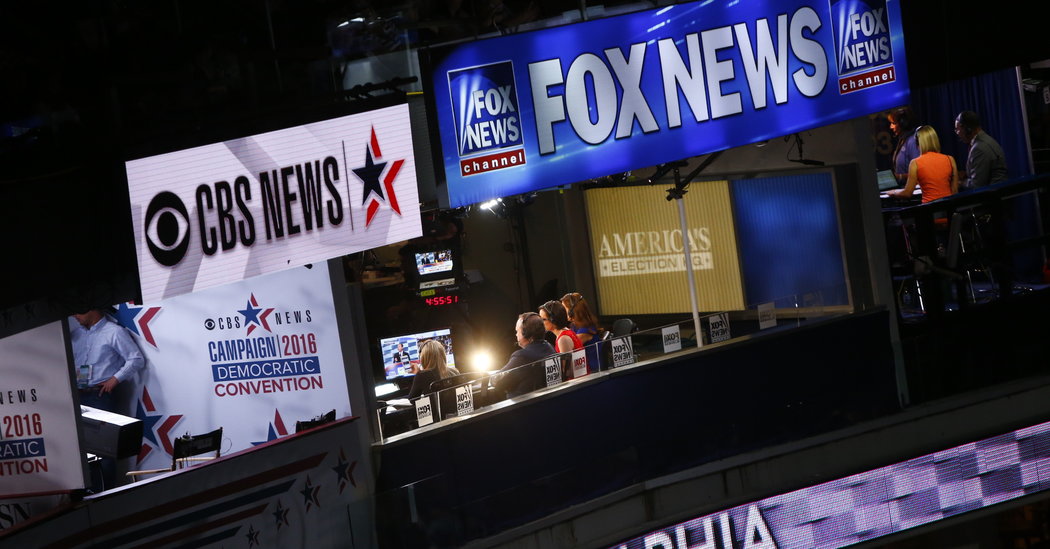 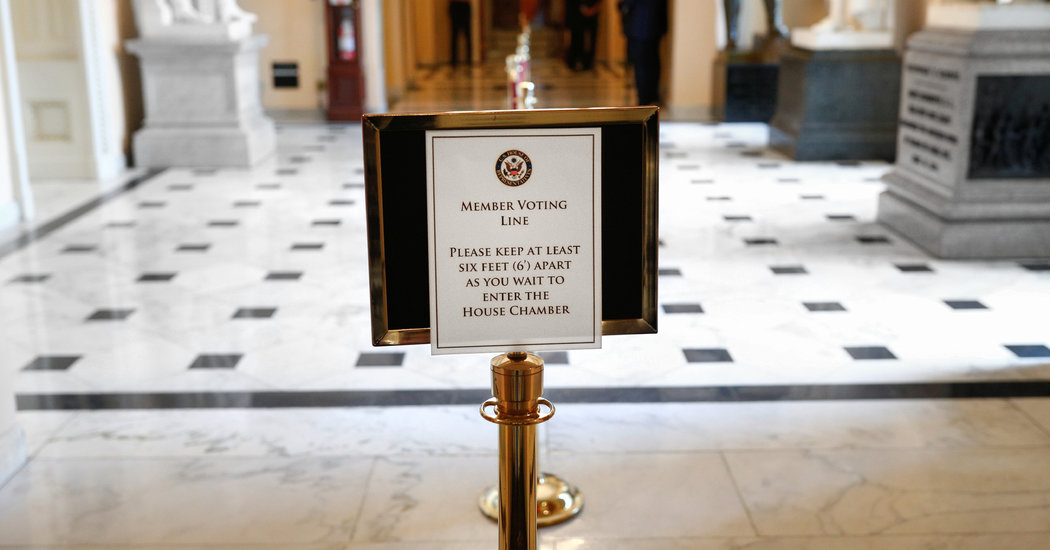