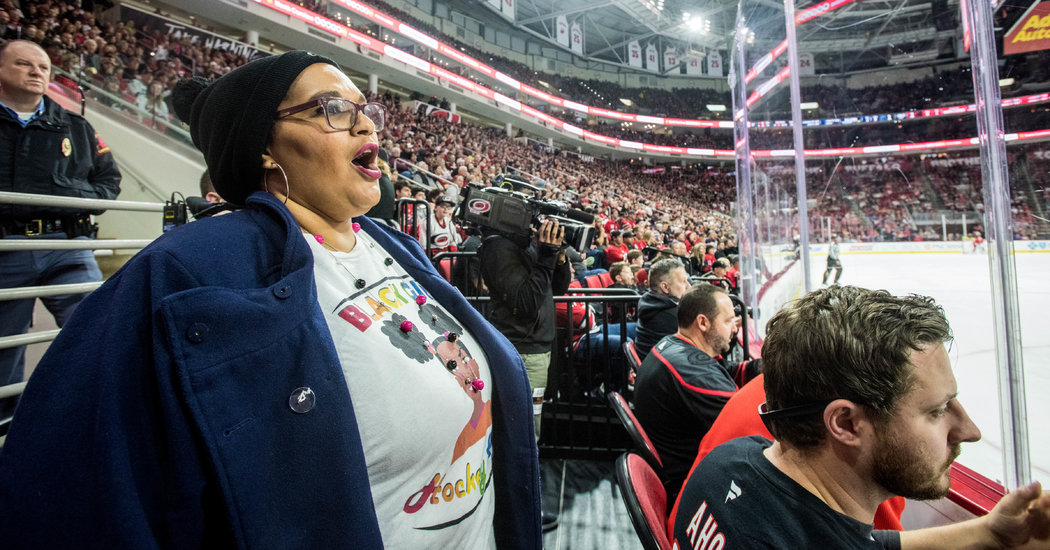 
When the idea to create the Black Girl Hockey Club hit Renee Hess almost two years ago, she couldn’t have foreseen the degree to which it has insinuated itself into hockey culture in the United States and Canada.

From the first handful of respondents to her social media query in October 2018 asking if other women of color loved hockey but felt uncomfortable attending N.H.L. games because of gender- and race-based comments directed at them, the Black Girl Hockey Club now has more than 16,000 Twitter followers. And perhaps more significantly, it has the ear of the N.H.L. executive suites and its member clubs.

Hess, an associate director of community engagement and an adjunct professor at La Sierra University in Riverside, Calif., last year participated in a call with league executives on how the N.H.L. can improve its diversity efforts and engage more fans of color. Kim Davis, an N.H.L. executive vice president who works on social impact and growth, and is Black, credited Hess, 40, with “bringing a new perspective to all dimensions of our inclusion efforts.”

“I can’t say I saw our community growing to this magnitude, but our country is in crisis and Black women have historically led the way toward social change,” Hess said. “I believe we can lead the way in hockey, too.”

The N.H.L. announced earlier this month a wide-ranging set of initiatives to combat racism and promote diversity in hockey, many in conjunction with the players’ union. Players will attend mandatory inclusion and diversity training during training camp and into the beginning of next season, and all league executives will receive similar training. Additionally, an Executive Inclusion Committee will identify opportunities for change throughout hockey, and three committees will address issues specific to players, fans and youth programs.

Hess applauded the league, but said there needs to be additional representation from people of color on the new committees “so that true change can happen.”

Hess added that she also wants the N.H.L. to take a “clear stance” and a leading position in their teams’ communities on the many social, economic and cultural issues raised this summer, sparked by the police killing of George Floyd in Minneapolis in May.

Racist acts have plagued hockey and have prompted new outrage since last November, when Canadian broadcaster Sportsnet dismissed the longtime commentator Don Cherry for making derogatory comments about immigrants on “Hockey Night in Canada” and Calgary Flames Coach Bill Peters resigned after a former minor-league player accused him of directing racial slurs at him. In January, the American Hockey League suspended Bakersfield’s Brandon Manning for five games for directing a racial slur at Ontario’s Bokondji Imama, and in April someone hacked into a New York Rangers-sponsored video chat and posted slurs against prospect K’Andre Miller, who is Black.

Saroya Tinker of Canada played four years of hockey at Yale and in April was drafted fourth over all by the National Women’s Hockey League’s Metropolitan Riveters. She remembers being called the n-word on the ice growing up in Ontario, and during her college years hearing racist comments from players, coaches and even teammates as the first Black skater at Yale.

“Because it’s such a white space, the hockey culture is hard to walk into,” she said. “It’s very hesitant to change its ways, but it’s important to recognize something needs to be done.”

All these events, including when N.H.L. and other pro sports teams boycotted games last month after the police shooting of Jacob Blake in Wisconsin, highlighted what Hess considers a crucial hurdle to effecting social change in hockey: addressing hiring disparities throughout hockey organizations, particularly where they can have the most impact.

“As a fan maybe I’m unique, but I have more expectations of executives and the people in power,” she said. “One thing we’re preaching to front offices is to hire more Black women, people of color, and L.G.B.T. people. If you want to get into the Black community, hire Black people. Nothing works better than having someone from the community doing that work.”

Participating with Hess and Davis in a panel discussion last month on diversity in sports hosted by She’s4Sports, a network of women pushing for a larger voice, the Canadian activist and writer Shireen Ahmed challenged the N.H.L. and its teams to hire those most invested in effecting change.

“At the end of the day, power and privilege rises to the top,” Ahmed said. “I’ve always found that people who are decision makers, unless they are impacted personally by anti-Blackness or oppression won’t change, because why should they have to?”

Even within the league itself, there are voices are pressing for more change. On that panel, Davis made clear the N.H.L. must go beyond “marketing trappings” to focus attention on the pervasive inequalities facing people of color in the sport and those who want to play it.

“How many season ticket holders are we willing to lose because we stand for something different than what we’ve articulated in the past? This is the training we’re having with our clubs,” she said.

In addition to the league’s diversity initiatives announced last week, individual clubs have also made headway. Most visibly, the expansion Seattle Kraken, who start play in the 2021-22 season, hired two people of color among their 11 vice presidents. Six of those executives are women.

The team also hired Everett Fitzhugh, 31, as the first Black team play-by-play broadcaster in the N.H.L., and siblings Kyle Boyd and Kendall Boyd-Tyson were hired as the director of youth and community development and vice president for strategy and analytics. Their father, Dr. Joel Boyd, is the team physician for the Minnesota Wild and was the N.H.L.’s first Black team doctor.

“That is an important step toward a culture shift in that specific club,” Hess said, adding that she’s looking for continued progress from the league.

“If hockey truly is for everyone,” she said, referring to a league diversity and inclusion initiative, “then the N.H.L. needs to stop telling us and start showing us.”

Hess said her initial idea for the B.G.H.C was merely to create a support network for women of color who are hockey fans.

“Now,” she said, “it’s more than just a fan club. We’ve been able to have an impact on the hockey community because we’ve learned we’re stronger together. We’re trying to gather enough voices so we can be loud enough to be heard, and focus on initiatives to advance social change.”

Floyd’s death and the police shooting of Blake have intensified B.G.H.C.’s activism. Hess said the B.G.H.C. will announce specific initiatives in the coming weeks to address hiring disparities and financial barriers that inhibit diversity in hockey.

“More important” she said, “we want to make sure that those who are feeling marginalized know that at least there’s this space for us.”

As interest in B.G.H.C. grew during the 2018-19 season, Hess began convening meet-ups at N.H.L. arenas so Black women could attend games comfortably as a group. Their first was a Washington Capitals game on Dec. 15, 2018, attended by Hess and about 40 others, many with hockey-playing daughters in tow.

The Caps, chosen because the team had two Black players at the time and two African-Americans are part of the franchise’s ownership group, arranged for a special tour of the National Capitol and the National Museum of African History and Culture, as well as a visit with four players after the game.

The last of seven meet-ups this season was a Carolina Hurricanes game on Feb. 16. Two local groups invited the B.G.H.C. members and their friends for a tailgate in the parking lot, the Hurricanes provided a tour of PNC Arena, and with help from the Hess, Carolina invited representatives from two local historically Black colleges, North Carolina Central University and North Carolina A&T State University, to attend as part of its College Colors campaign.

Inclusiveness was evident at that February gathering in Raleigh, N.C. Among those attending were Melissa Royal-Martinez, her husband and their three children. Her 9-year-old daughter, Ripley, who is white and Hispanic, learned to skate a year ago through Carolina’s First Goal program, which introduces boys and girls ages 5 to 9 to hockey and provides them with hockey equipment.

“She’s at an age where she already notices inequalities, so it’s important for her to see Black women out there advocating, to see those role models in person,” Royal-Martinez said.

Because the pandemic has, for now, forced games to continue without fans, meet-ups like the one in Carolina are on hold. But the club is still active. Now a certified nonprofit organization, B.G.H.C. is raising money for diversity education, hockey skills training and virtual events. Earlier this year it awarded its first scholarship to 11-year-old Talia Rose of Ontario, Canada, to pay for goalie equipment.

Since her idea for the club took hold, Hess recognizes progress, but also realizes how embedded racism remains in hockey.

“Of course, I vacillate between hopefulness and hopelessness when I continue to see the blind spots,” she said. “It’s frustrating and it’s tiresome, but that’s why we keep pushing, to make sure those who are feeling marginalized know at least there’s this space for us. We should definitely criticize and make better something we love, whether it’s the sport or our country.” 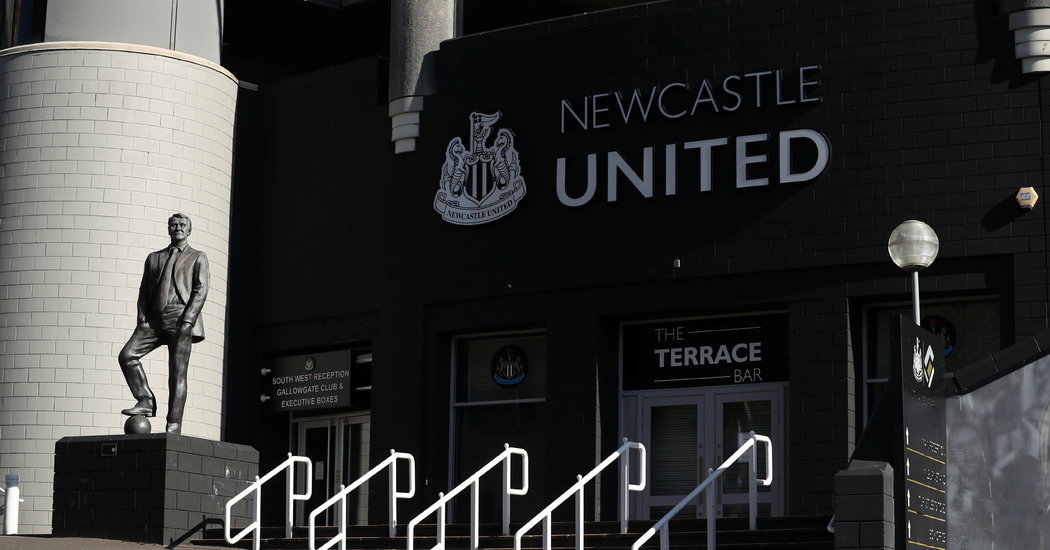 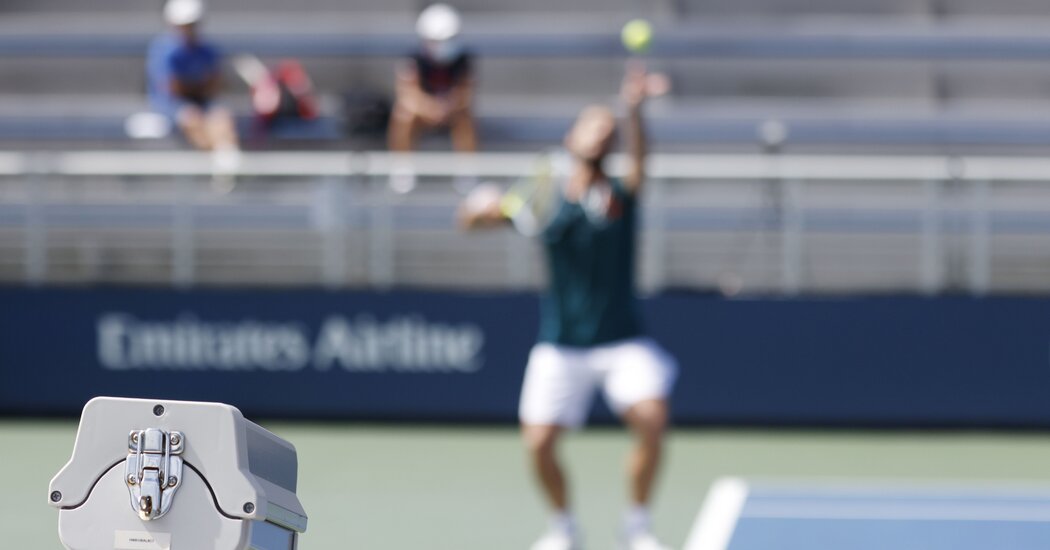 Listen Closely, and You Will Hear Coaching During U.S. Open Matches 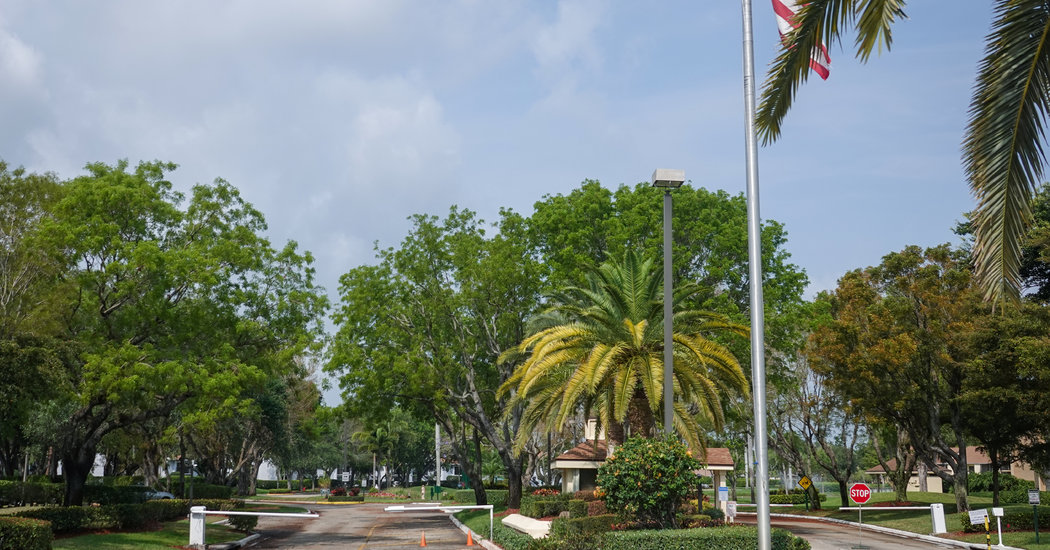 Jeannette Williams-Parker, Nurse in a Virus Hot Spot, Dies at 48

Nurses Are at High Risk for Covid Among Health Workers, C.D.C. Says